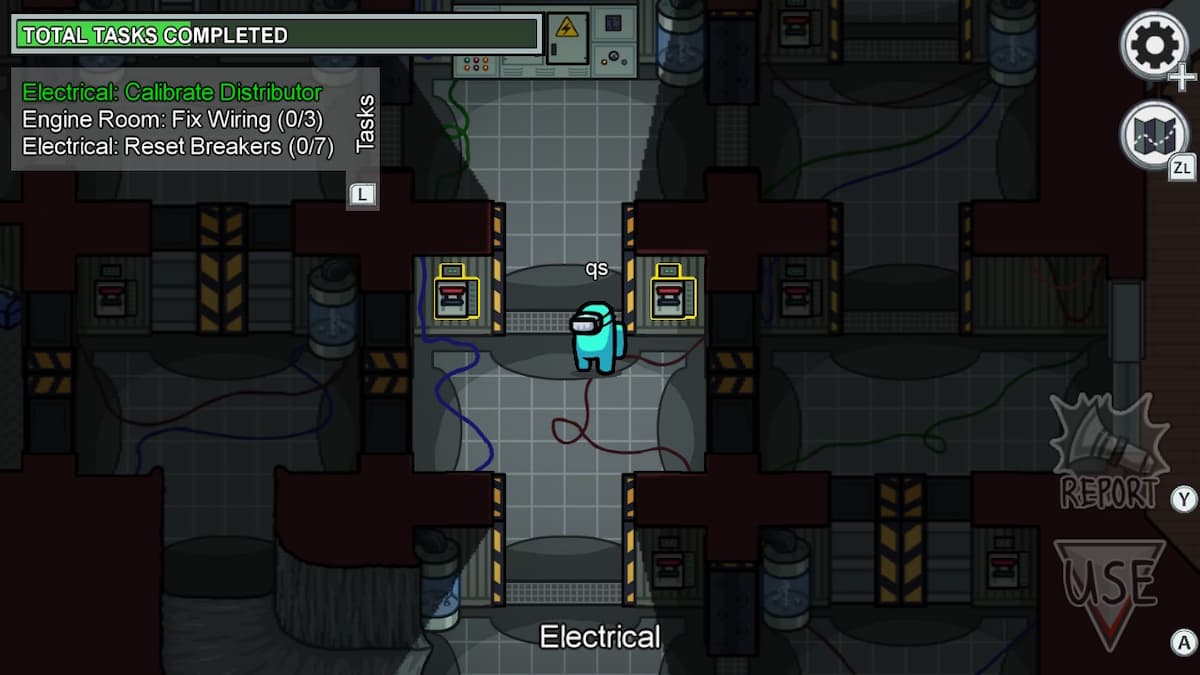 Electrical is a staple in every Among Us map, and the Electrical room in The Airship map is particularly frightening. It’s dark and a somewhat difficult grid to navigate.

Where to find Electrical

The easiest point of reference for getting to Electrical is south of the Main Hall. You’ll have to slide down a ladder to get down. Electrical is in the bottom lane in the center right, with Security on its left and Medical on its right.

How to Reset Breakers

This new task can be a bit unclear at first — there are seven breakers scattered around Electrical with levers to pull. They are all labeled by number, so pull them all with the touch screen, mouse, or both analog sticks in ascending numerical order from 1 to 7. Looking at Electrical as a grid, look for one breaker in the top right, two in the center, one in the bottom center, one in the bottom right, one on the center right, and one on the center left.

Keep in mind that the number positions change each different game session. There are also doors that separate these sections, and the doors that are open and closed will vary in each session.

How to Calibrate Distributor

You’ll recognize this task from the Skeld. There are three spinning circles, labeled 1, 2, 3 — hit the rectangular button to its right as they line up. Mess up and you’ll have to start all over again.

How to Fix Wiring

Other maps in Among Us have the simple task of fixing four wires — simply pull wires from one end to the other according to color or symbol.