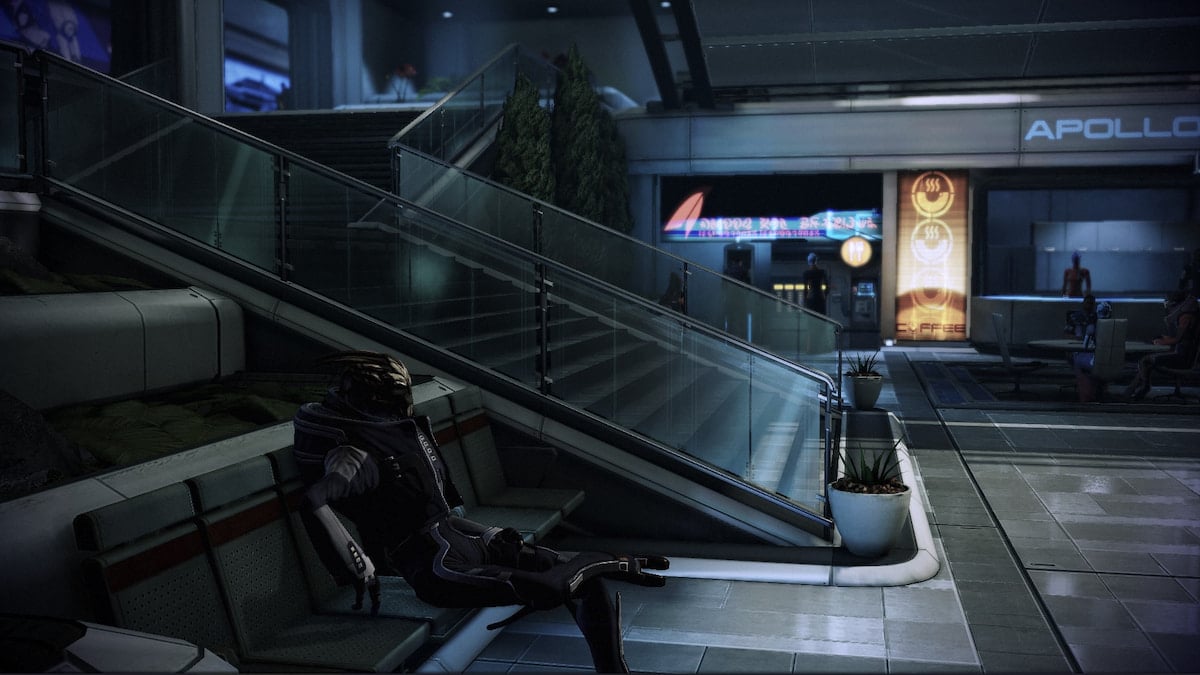 The lowlifes in the galaxy are unable to hide from the Reaper threat in Mass Effect 3 Legendary Edition. Aria, the leader of Omega, has been besieged of her rightful place and has found herself on the Citadel. While here, she’s willing to help Shepard bring together the three big gangs: The Blood Pack, the Eclipse, and the Blue Sun. The Blue Sun can prove to be some of the hardest to negotiate with, as they have a dire request for Shepard. You can choose to ignore it and go with a new plan, or proceed with it.

After speaking with Aria in Purgatory, head down to the Refugee Camp on the Citadel’s Docks: Holding Area. You can find it close to the back, right next to Bay E28, labeled by the four on your map. Speak to him there, and he informs you the only way the Blue Suns are going to be working with Shepard is if they eliminate General Oraka, an old Turian General. Oraka was a Turian you may have met on the Citadel during Mass Effect 1, who had been speaking disrespectful of Sha’ira, the Consort.

When you inform Aria of the request, she says that while this is the case, there is more than one way to deal with Oraka, which means you can complete the quest without killing him. You can find Oraka in the Presidium Commons, in the Courtyard.

Oraka’s interest right now is trying to find a way to get the higher quality guns the Blue Suns are smuggling available for C-Sec, protecting the station. If you’re able to find an alternative, you’ll be able to get Oraka off the Blue Suns’ back, fulfilling the deal without killing Oraka.

You need to speak with the one smuggling the guns, Kannik. You can find them in the Presidium Commons, over by the Meridian Place Market, on the upper area. They’re going to be the grey Salarian.

Kannik is willing to deal with you. However, the only way he’s going to agree to it is if you obtain artifacts for him. The artifact you’re looking for is going to be off the Citadel. You need to go to the Kite’s Nest sector, and look for it in the Vular sector, on the planet Vana. You will need to park the Normandy near the planet, scan it, and the probe it once EDI has detected something. Once you have the artifact, bring it back to Kannik to complete the mission, and then Kannik will be able to deal with Oraka, allowing you to recruit the Blue Suns without killing Oraka.

You receive five Paragon points for completing the mission, and you obtain the Blue Suns war assets.

If you would prefer to eliminate Oraka rather than deal with the smuggled weapons, you can choose to approach Oraka, and order the hit. Oraka will be eliminated. You will receive five Renegade points for the trouble, and the Blue Suns will be become a war asset.