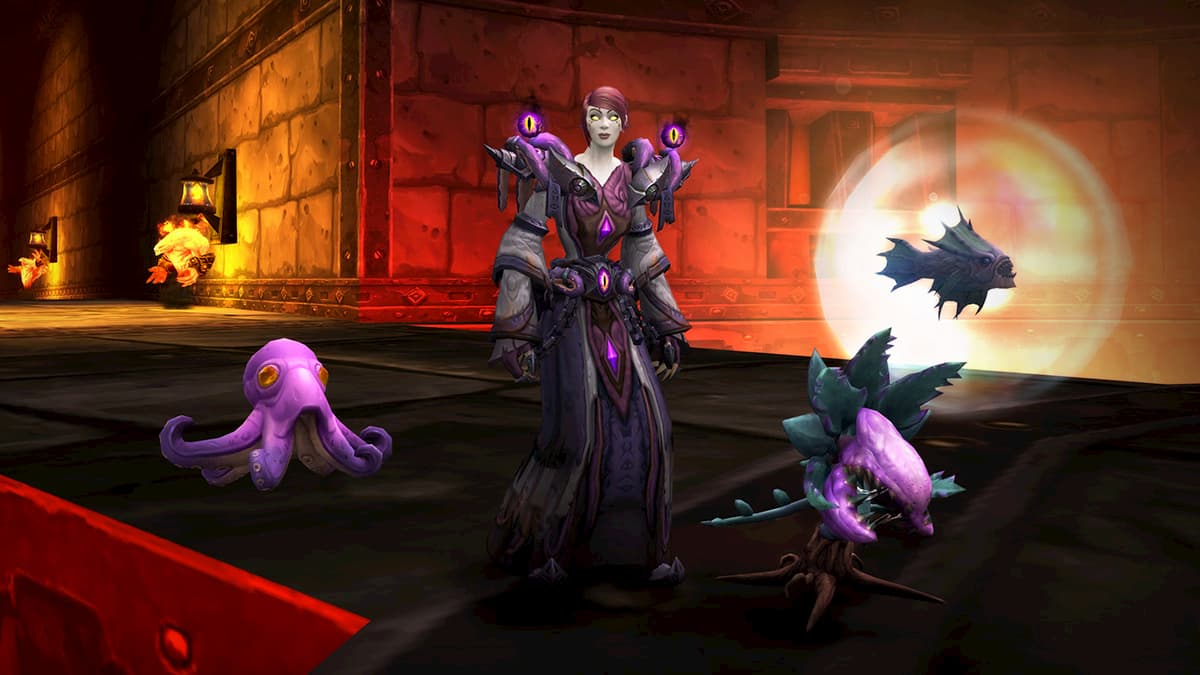 The Micro Defense Force pet battle in World of Warcraft: Shadowlands sends you to Bastion for a skirmish against Zolla. This holy-looking bird has an arsenal of mechanical pets at his disposal, but with the right team, you can finish the world quest and pocket a bit of rep with The Ascended.

The best team to bring along for this fight will include a Fel Flame and a Molten Corgi. Your third pet can be anything, as long as it contains an elemental. Beginning with Fel Flame, you should start with Immolate, which will set the Battery on fire. Follow this up with Conflagrate to deal extra damage thanks to the previous Immolate attack. From here, you can keep casting Burn until the Battery is defeated.

Next in line from Zolla is the Slasher. Start out with the same one-two combination of Immolate and Conflagrate. Switch to Burn after this, and keep spamming this attack until your Fel Flame goes down swinging. It’s now time to see what the Molten Corgi can do.

Begin with a Flame Thrower, which will keep burning the Slasher for an additional five rounds. You can now launch Puppies of the Flame, which makes you invulnerable for two rounds while your opponent keeps taking damage from the Flame Thrower. Keep using Flame Thrower until you defeat the Slasher, and fortunately, you can use the exact same strategy for the Pounder. If your health ever gets low, use Cauterize when necessary. You’ll finish Micro Defense Force before you know it.