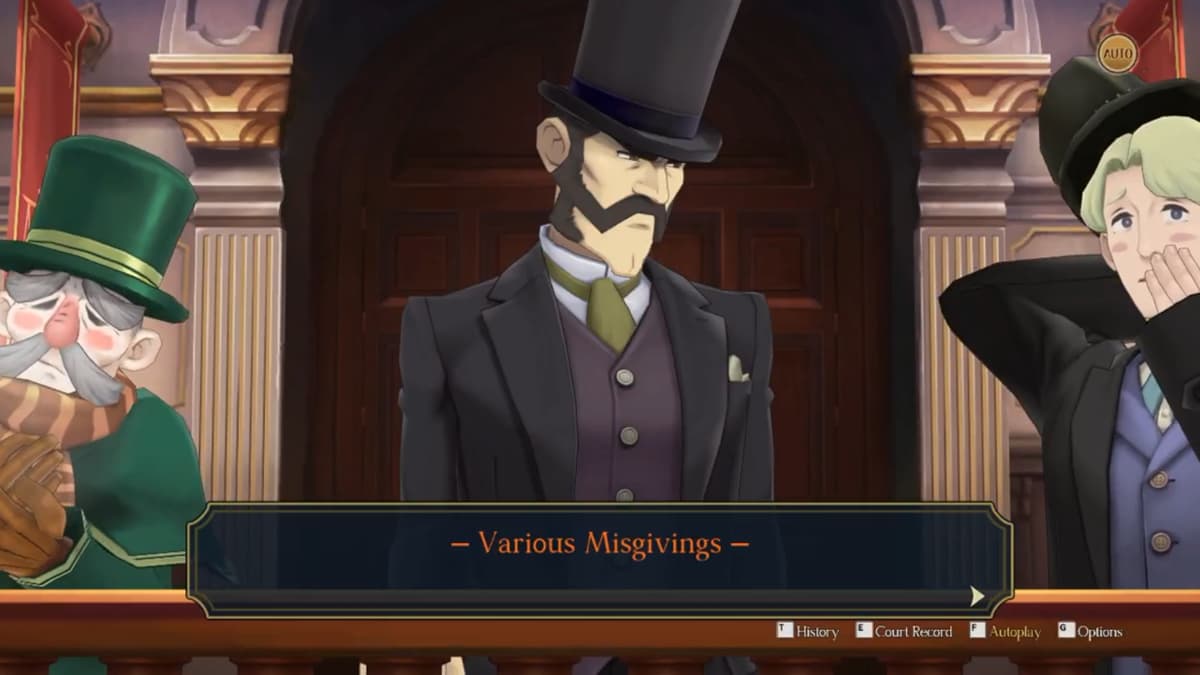 Following the first successful Summation Examination in Great Britain in over 50 years, Ryunosuke has slightly turned the trial in The Adventure of the Runaway Room in his favor just slightly. Knowing that the witness’s testimony from before could not be relied upon, Beppo, Fairplay, and Furst are called back out to make additional testimony. Here is how to complete “Various Misgivings” in The Great Ace Attorney Chronicles.

When Beppo, Fairplay, and Furst are called back to the stand, first Push Beppo when he says, “Oh yes… Yes, he s-s-stabbed him. Yes he did. …I think so, yes.”

Beppo is beginning to slip here and indicate that he really did not see the murder as it was happening. While he admits to this, be ready to Look Around and Pursue Fairplay. You will know when to do it when he begins biting his cane.

When the question is posed to Ryunosuke if Fairplay saw the murder or not, answer “No chance!”

After a short outburst, Fairplay will add to his testimony that the murderer had blood all over both of his hands. Present the Defendant’s Leather Gloves. They only have blood over the right hand, making Fairplay go into a panicked fit.

After accusing Fairplay of lying, he will say he has no reason. Choose “I have evidence,” and you can prove that Fairplay would absolutely lie in this situation. If you open up the Court Record and examine the Debtor’s Ledger, you will find that Fairplay owes McGilded a large sum of cash. If McGilded were to die, like from being found guilty in a murder trial and put to death, the debt would be canceled.

Ride out the dialogue, and you will go into another cross-examination session.