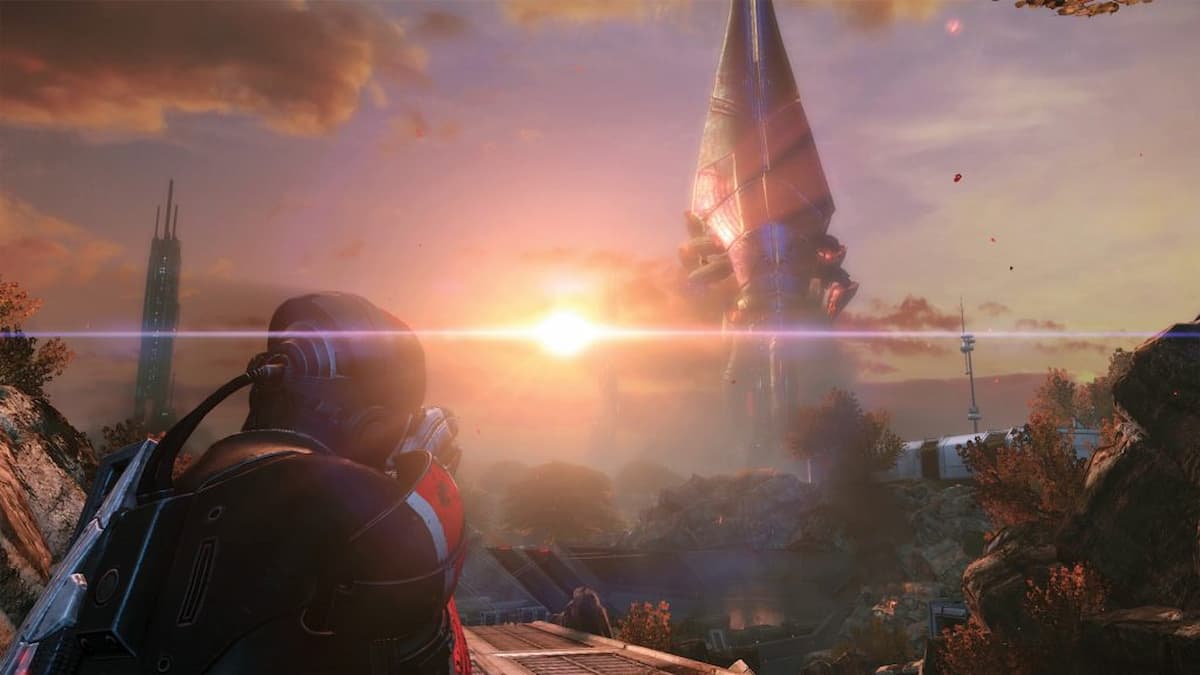 When you arrive to Zhu’s Hope on Feros, things have gone to hell and the Geth are assaulting the colony in Mass Effect Legendary Edition. You’ll have to help repel the invaders to protect the citizens. But that’s not the only trouble going on. The colony has low rations, they’ve lost power, and they’re having difficulty with the water supply. You can grab all of these quests before heading out to figure out what the Geth are doing here, and what drew Saren to Feros.

How to get Varren Meat, Power Cells, and Water Restoration side quests

You can obtain all three side quests by speaking with several NPCs heading up the projects in Zhu’s Hope. Davin Reynolds needs help taking down an alpha Varren to feed the colony. May O’Connel needs you to find a replacement for their power cell depletion. Macha Doyle is handling the water restoration and needs you to turn on three water valves. All three of these quests can be completed in the Tunnels.

How to complete Varren Meat

When you reach the tunnels, you won’t have too many routes to explore. You want to make your way down to the Collapsed Highway Section. It should be right in the middle of this area. When you enter the location, a brief cutscene plays to focus on several Varren above your position, and your mini-map will light up with hostiles. You need to take out all of these Varren.

In the far back of the room, away from the other Varren, there’s a red one. This is the Alpha Varren. He’s stronger than the others, and by taking him out, you’ll be able to provide food to Zhu’s Hope. After eliminating him, you take the food back to Davin Reynolds.

How to complete Power Cells

The Power Cells will be in the same room as the Alpha Varren. You want to make sure to pick up this quest at the same time. After clearing the location of Varren there will be a downed Mako in that room, above the entryway you came in. Go to the nose of the vehicle, and you’ll discover a set of power cells you can take back to the colony.

How to complete Water Restoration

The Water Restoration quest requires that you turn on three valves in the Tunnels. You can find these valves along the pathway of completing the other two missions. The first two valves will be in the hallway leading up to the Collapsed Highway Section. The third one is on the second pathway, further along that route, on the right side of the wall.

Each of these hallways will have Geth protecting them, preventing you from advancing. Once you switch all three of them on, you’ll have completed the quest and can return to Macha Doyle to inform them of the good news.

After turning in all of these quests their respective NPCs, you’ll receive eight Paragon points for each one. You have a chance to earn two Renegade points by telling Davin Reynolds to hand over the credits when you turn it in, but the other characters do not have this option.