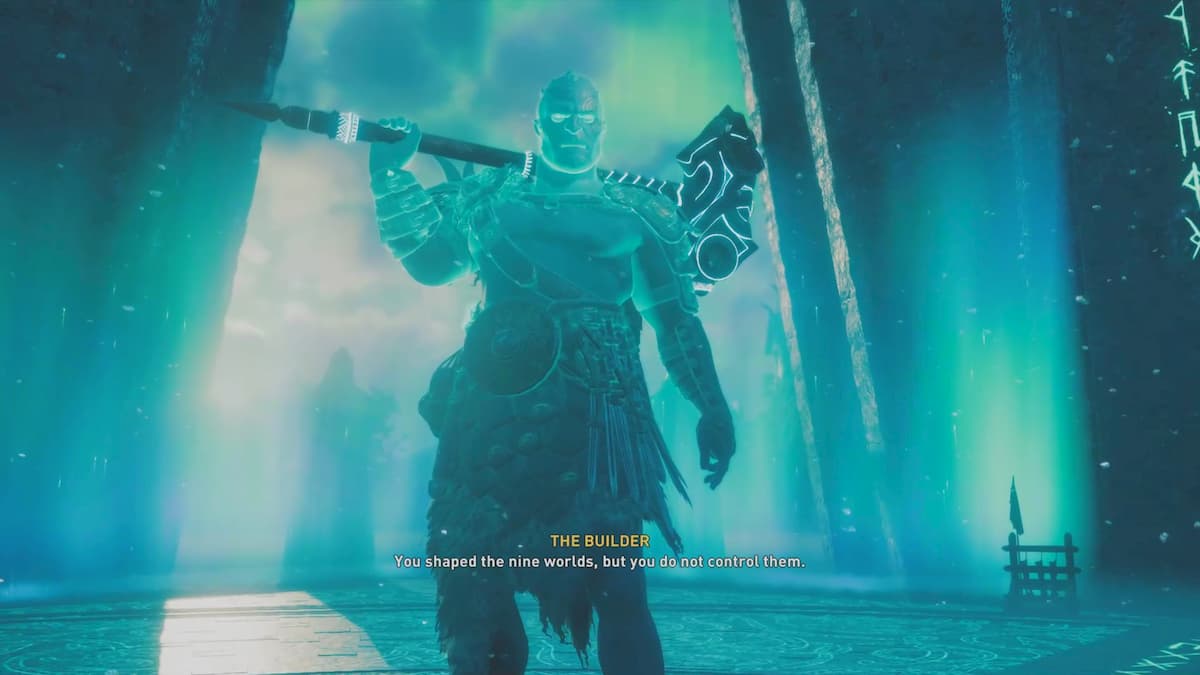 After building Valka the Seer’s hut in Assassin’s Creed Valhalla, you travel to the mythical realms of Asgard and Jotunheim. These areas have some of the toughest enemies in the game and it can be quite tricky to defeat them.

One of the first bosses you encounter in Asgard is the Builder. Althought the Builder is quite slow, his attacks are pretty lethal and can whittle down your health in no time if you don’t know how to tackle him.

The easiest way to defeat the Builder is to just keep avoiding his attacks until he uses an attack which propels you into the air. At that moment, you need to take out your bow and target the top of his head which will instantly stun him. Get a few hits in and repeat the entire phase, even for the second phase of the battle.

There are a few tricks that can help you take him down faster. One of them is looking for a glowing light at the center of the battlefield which pops up from time to time. You need to interact with it and that gives Eivor a power boost for a limited time.

When you have interacted with that, you need to hit Builder while Eivor’s body is shining. This will instantly stun him. You can use the stun attack which deals a ton of damage when he is stunned. Also, be careful of his attack which surrounds you completely in the second phase as it might prove to be very lethal.