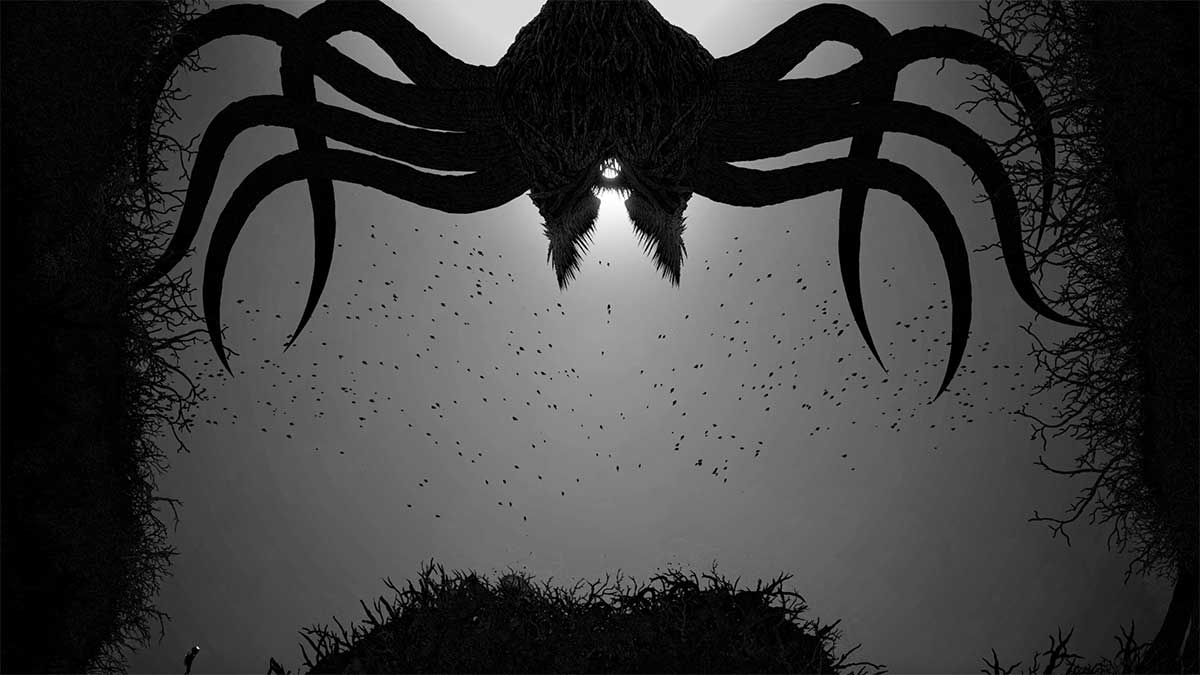 The second Goliath or boss you’ll encounter in Silt is the Octopus Tree, but you won’t recognize it as such when you see it. At first, the boss is nothing more than an environmental puzzle, but then it reveals its true self, and you must murder it to progress. This guide explains how to defeat the Octopus Tree, so you can feed its eye to the great machine.

When you first enter the tree’s room, you’ll see that it has four bird heads sticking out of it. These need to be fed grubs, and it’s down to you to collect them and bring them to it. The first grub is just to the left of the tree. The grub will attach itself to the diver’s helmet as you swim to it. Once it’s done that, you need to swim to the nearest bird head and allow it to eat the grub. The other three grubs are in rooms leading off of this main chamber. Each bird head faces an exit, so look for where the bird heads are staring and swim in those directions. In each of the connecting rooms, you’ll need to solve a short puzzle, collect a grub, and swim it back to the tree. Do this three times, and you’ll be treated to a new kind of nightmare.

When the Octopus Tree emerges from its slumber, it’ll block the top of the chamber and start to cycle through feeding and testing. When it’s feeding, its mouth is open, and it’ll suck in all the water and creatures unlucky enough to be in the vicinity with it. If you’re caught by this attack, you will die. So stay away from the mouth to the side of the large mound at the bottom of the chamber.

Instead of swimming around as the diver, possess one of the small fish nearby. This should put you in control of a school of fish. The trick with this boss is to wait until it’s stopped feeding, then swim down into the mound underneath it. Pods are spewing toxic black sludge inside it, so swim the fish through all of the clouds until the Octopus Tree begins to feed again. When it does, swim the fish up into its mouth to poison it and kill it.

When the eye of the Octopus Tree dangles out of its mouth, it’s time to absorb it. Use the possession button, “B” on the Nintendo Switch to take in the essence of the boss. This will complete the area and transport you to the great machine’s domain.