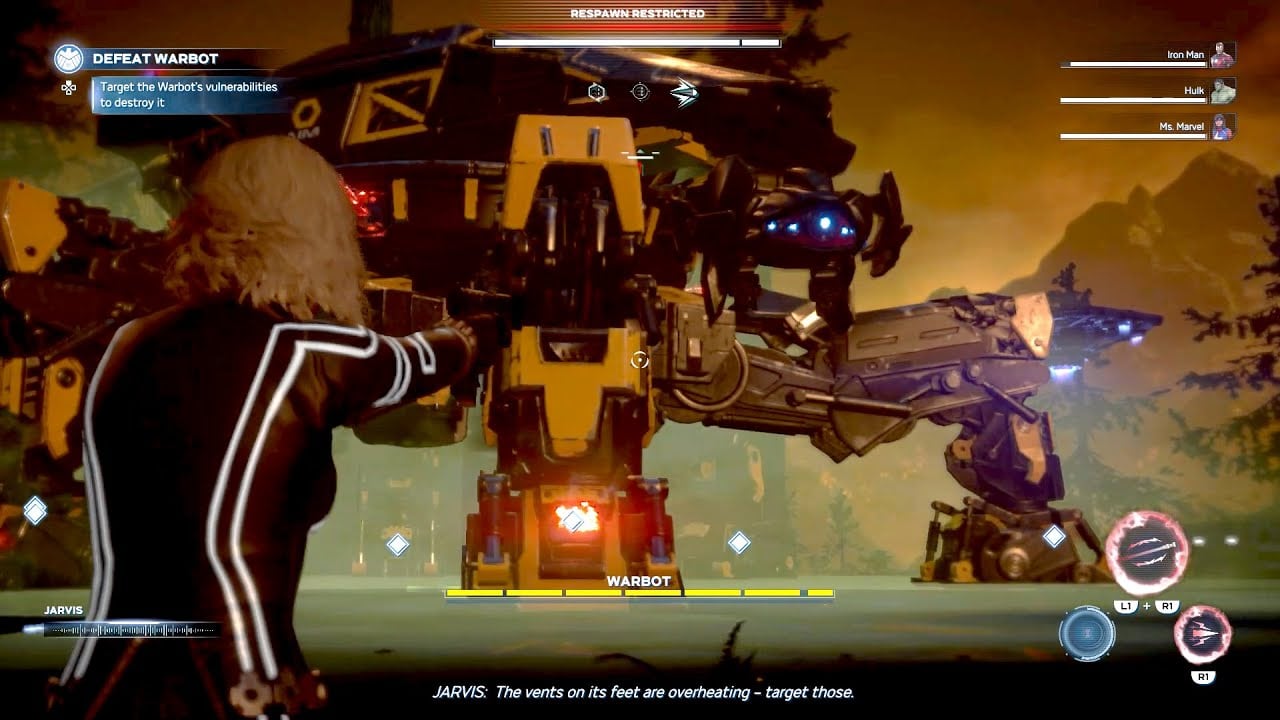 Marvel’s Avengers has a wide array of enemy types that keeps it engaging for players out there. Some of the bosses in the game reappear in some of the missions, and most annoying of them all is the Warbot. The giant robot has a really big health bar and that makes it a pretty tedious enemy to defeat.

The most important point to keep in mind while going against the Warbot is to focus on its weaknesses. It is immune to all attacks except in the places where it is vulnerable. During the first phase, you need to focus on its legs. After a few attacks, the vents on its feet start overheating and it turns red. That’s the moment you need to strike it to deplete the Warbot’s health.

Repeat the same for the rest of its legs until it loses balance and falls down. Once it’s down, you need to target its head and keep striking it until the health bar on top of the head completely depletes. After doing this a few times, the Warbot’s vents won’t heat near the vents. This is where things get a bit trickier.

In the next phase, you need to locate the vents on the side of the Warbot. You can either use your ranged attacks to take these down or fly close and use melee attacks. It is recommended to maintain a distance since the turrets can be pretty annoying at times.

The final phase changes the vulnerabilities to capsules located on its back. Like the other phases, you just need to destroy the capsules and it will lose balance once again. Keep striking its head until its health bar completely depletes and the Warbot will be defeated in no time.