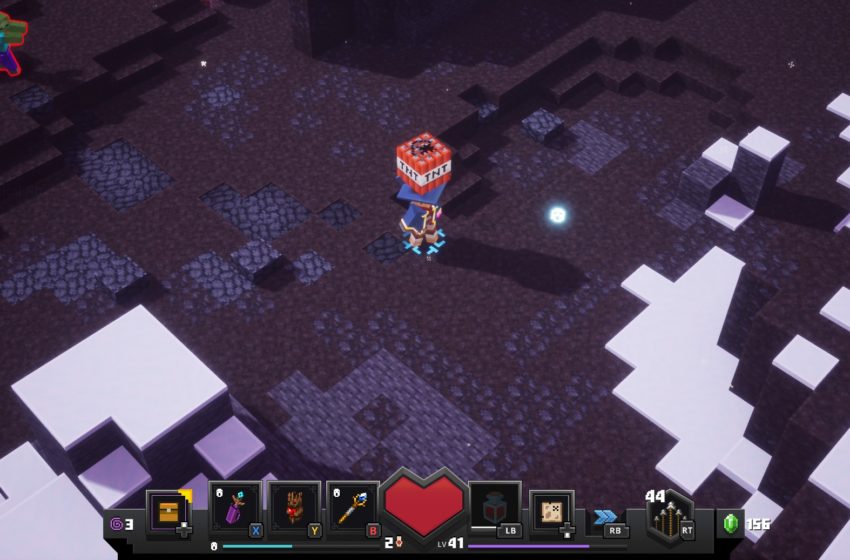 You have a variety of tools available for you to use in Minecraft Dungeons. Many of them are consumable items that enemies drop after you kill them. One of them is a TNT, which you can use to blow away or heavily damage powerful foes standing in your way. There’s an achievement in the game for taking out 10 enemies at the same time with the TNT.

To do this, you first need to loot a TNT item from one of the enemies. This portion might take you a bit of time, but it’s not too difficult. A piece of TNT will eventually fall, and when you have it, it will float above your head. Now, whenever you click your ranged item attack, you will throw the TNT instead.

When you have the TNT you need to wait until you have a steady mob of enemies following you. You can do this on nearly any mission in the game, and the difficult part is having enough of them behind you and nearby. A good strategy is to use the wolf, llama, or the iron golem pet to distract the enemies into attacking it. While they remain focused on it, you can throw the TNT into the mob and blow them up.

Another decent strategy is to have a large group chase you, throw the TNT, and then lead them over to the blast radius. You want to take a health potion before doing this to ensure you survive the blast, but if you have enough enemies following you, you can complete the achievement.

You will know you have completed the Blast Radius achievement once you hear the ding and see a pop-up notification about it.