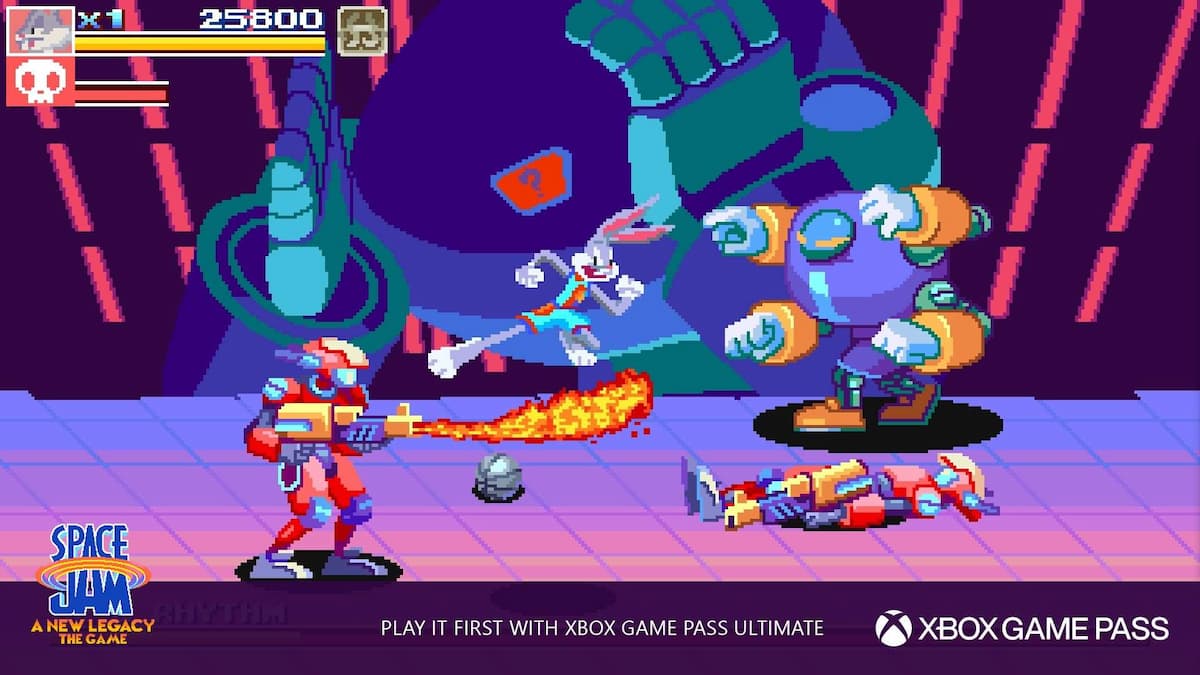 Space Jam: A New Legacy – The Game is a free beat’em up title that stars LeBron James, Bugs Bunny, and Lola Bunny as they work together to beat the snot out of anyone who gets in their way. In December 2020, Xbox and Warner Bros. announced a partnership surrounding the movie and asked fans to submit ideas for a game. Fast forward a little over six months, and they are set to release this title. While the game has not been fully released as of this writing, you can get your hands on it right now if you subscribe to Game Pass Ultimate. Here is how to download Space Jam: A New Legacy – The Game on Xbox.

If you are looking to give Space Jam: A New Legacy – The Game a try early, you need to be subscribed to Xbox Game Pass Ultimate. This bundle subscription gives you Xbox Live Gold, Game Pass for Console, and Game Pass for PC. If you are a subscriber, open up the Xbox Game Pass app and click on the Perks tab. Within that Perks page will be a title for the game. Click on it, then Redeem Code to start the download to your console.

While Space Jam: A New Legacy – The Game is in “Beta” (I guess you would call it), this is the only way to download it. It is currently not available in the Xbox Game Store. It will make its way there on July 15th, where anyone on Xbox or Windows can download the game for free. This is an exclusive title, so you will not find it on other consoles.