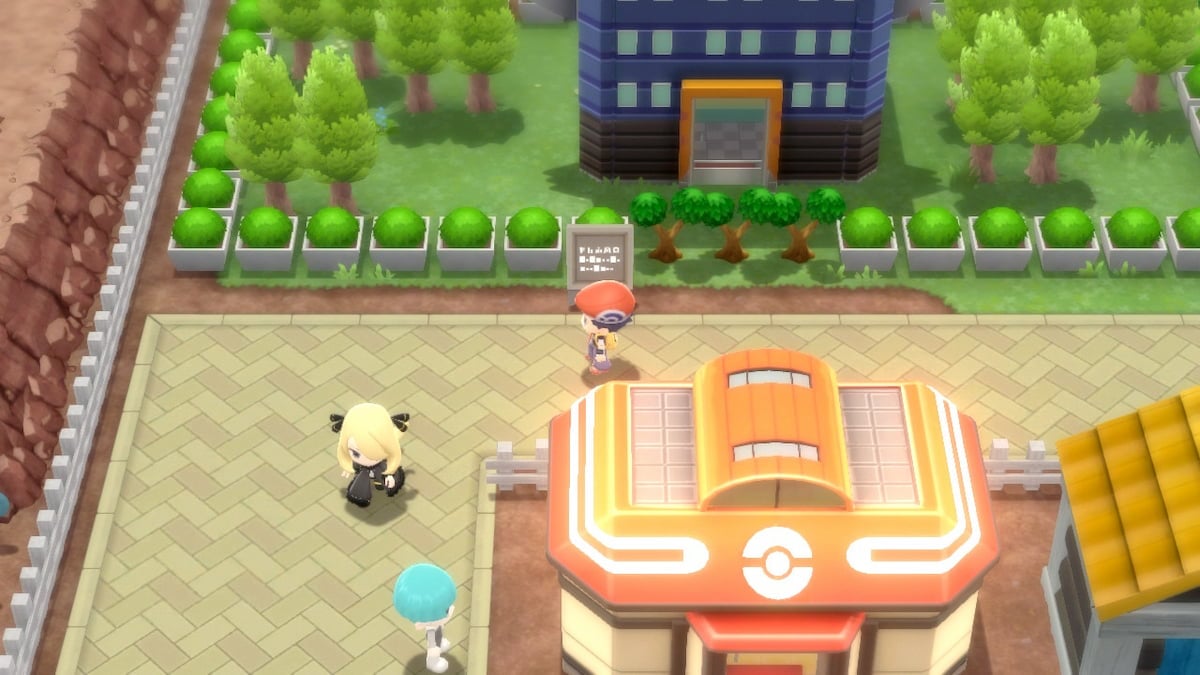 Team Galactic is the main antagonistic force in Pokémon Brilliant Diamond and Shining Pearl, and you’ll run into them quite frequently throughout your journey. Oddly enough, the Pokémon world seems to be rather accepting of this villainous organization, as Team Galactic has a few bases of operation set up in public spaces around the Sinnoh region. One of these can be found in Eterna City, but you won’t be able to enter it right away. Here’s how to enter the Team Galactic building in Eterna City.

The building is located in the northwest corner of Eterna City, right above a Pokémon Center. The entrance, however, is blocked by small trees, meaning you’ll have to use TM 93 Cut to clear the path. If you haven’t already, defeat Gardenia at her gym in Eterna City, and then reapproach the building; a cutscene will play and you’ll receive the TM. Now, you’ll be able to cut down the trees and enter the building.

Inside, you’ll face off against multiple Team Galactic Grunts as you move through each of the building’s floors, most of which have either Bug or Flying-type Pokémon in their parties. On the top floor, you’ll find Commander Jupiter holding the owner of Eterna City’s bike shop hostage. Defeat her, and the owner will thank you by giving you a free bike.