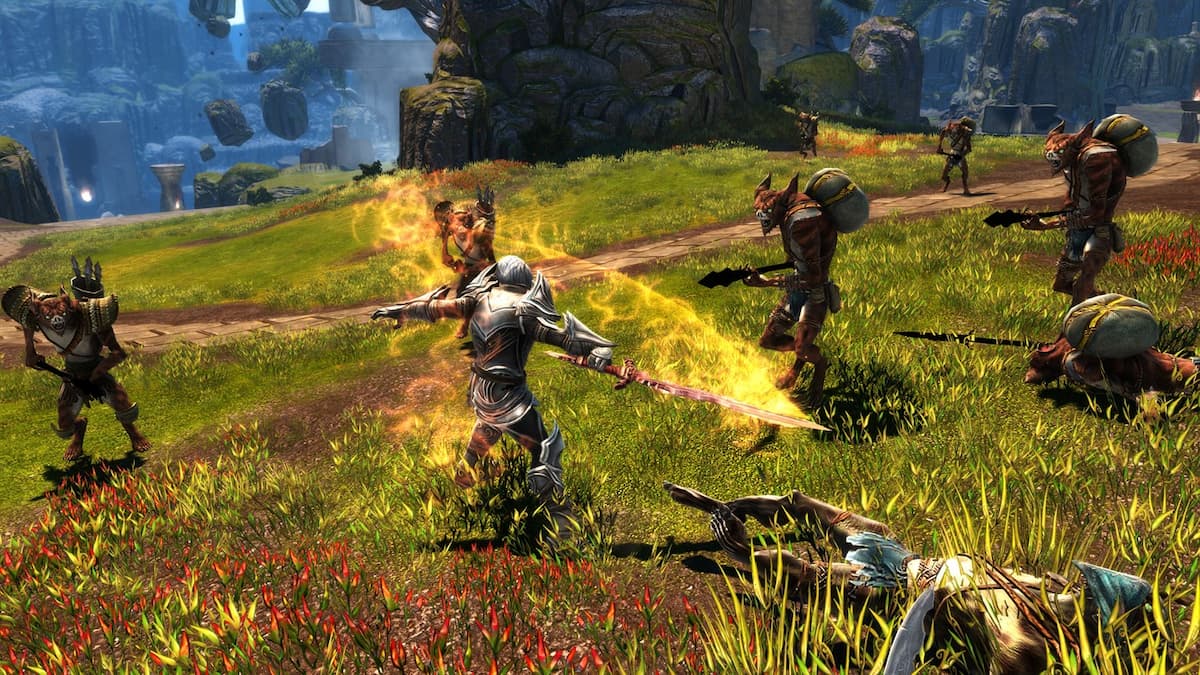 The Kingdoms of Amalur: Re-Reckoning Fatesworn DLC takes place in a new region of the Faelands known as Mithros. It adds roughly six hours of additional story content along with the expected side quests and armor sets. It’s along this main story path that you’ll come across The Broken Crown quest, tasked with entering the Great Library. Our guide below is aimed at helping you enter the restricted area without causing trouble.

The Broken Crown follows the Sins of the Father quest, asking you to speak with Wynn Ashman. Ashman tells you about the forbidden stacks within the Great Library but is unable to provide any help herself. This conversation takes place outside the premises of the Great Library itself.

After speaking to Ashman, you can visit the Great Library’s main hall, housing some guests and six guards in total. At the end of the room, you’ll notice a gate with two guards standing in front of it. You can’t speak to the guards to convince them to let you through. The restricted key is your only way in.

You can kill all the guards in the library and loot the key from one of their bodies, but that will place a criminal bounty on your head. Luckily, there’s a perfectly viable way to acquire it without ramifications, even if you aren’t running a finesse build.

Only one of the six guards has the necessary key in their possession. The guard in question happens to be the one standing in front of the bookshelf to the left of the gate. He is the only guard outside the two protecting the gate that doesn’t have a patrol pattern. He is completely stationary. To begin your plan of attack, enter stealth mode using R1 on PlayStation or the right bumper on Xbox at the end of the bookshelf away from the guard.

You might notice an eye icon above multiple NPCs in the area, even if it seems like no one saw you enter stealth mode. This icon indicates awareness, with the eye filling up and changing from orange to red as NPCs are more alerted to your presence. If this happens, just wait it out near the end of the bookshelf until NPC awareness begins to drain. It’ll happen as long as you stay out of sight and do nothing.

After this, slowly approach the guard from behind. There are two guards whose patrol paths take them to walkway in front of the guard you need to steal from. This part is more or less trial and error. Save your game in stealth mode and find a window of time during which the other guards aren’t too close by. Even if their awareness begins filling up, as long as they aren’t in the red, you have a pretty good chance.

Steal the key by using the button prompt that shows up on the screen while in stealth. This brings up an inventory window showing everything in his possession. The percentage next to the item indicates your chance of being caught. We recommend going for the steal if the percentage is below 50%. This chance is influenced by the awareness level of everyone in the room. If you get caught, just reload your save. After you’ve acquired the key, you can enter the restricted area of the Great Library without being charged for criminal activity.