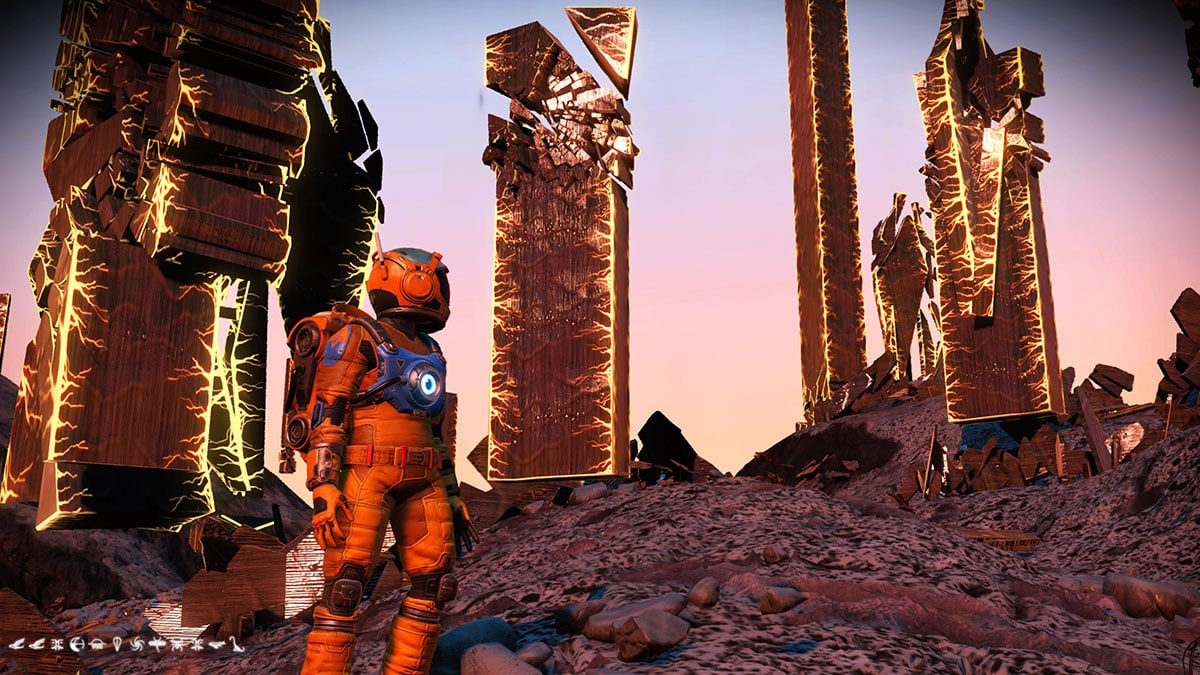 Among all the types of planets and moons you can come across, those with an exotic biome are the rarest. These biomes are unique in their appearance and can’t be compared to any other. As such, they vary wildly in what you’ll find on them. Most are split into sub biomes, and in this guide, we’ve covered how to find one, in particular, pillared worlds.

How to find pillared worlds

Since pillared worlds are part of the exotic biome, they’re tough to find. You’re best chance of finding an exotic or pillared world is in red systems. They have the highest chance of any system of hosting an exotic world, and that world may be pillared. From space, they appear as any other rocky world, possibly even a desert planet or moon. However, if you scan the planet, you’ll quickly see that it’s not a desert at all, but a type of exotic world. The chances of finding an exotic world are slim, and the chances of that exotic world being a pillared planet or moon are even slimmer.

What are pillared worlds?

Pillared worlds are incredibly unique, like all exotic worlds. From space, they appear barren. But fly down to the surface, and you’ll see a unique landscape that’s as eerie as it is beautiful. Pillared worlds have giant pillars dotted all over the surface. These will be a mix of pillars that you can mine and ones that you can pick up for study or to sell.

These worlds are one of the more exotic within the exotic biome. They host lifeforms that you’ll find nowhere else. On the one we found, one creature looked like a collection of golden crystals floating around on the surface. It’s the only life form on the planet. Within No Man’s Sky’s lore, these planets and moons are referred to as failed bases.

You can collect some of the pillars on these worlds, known as Glitching Separators, to display in your base. You’ll need a two-story room to do so, though. This is the trophy of this type of sub biome and is a reward for players who take the time to find them.

Pillared worlds are part of the exotic biome, but they are also under the shards sub biome. There are three descriptors for this type of biome, and all the planets and moons will resemble a pillared world. They are as follows.

Why should you find pillared worlds?

There are only two reasons to find a pillared world. First, because it’s an exotic world. There’s nothing rarer than stumbling upon one of these. If you’re the first to do so, you can claim it and name it for every player to see. You can also pick up a trophy to take to your main base and have it on display. You’ll be the envy of all those who visit you.

The second reason to visit one of these worlds is because of an Expedition. In past Expeditions, some milestones have tasked players with finding a specific type of world. This will be the case with all future Expeditions, so knowing what to look for when trying to locate a pillared world is vital information to have.