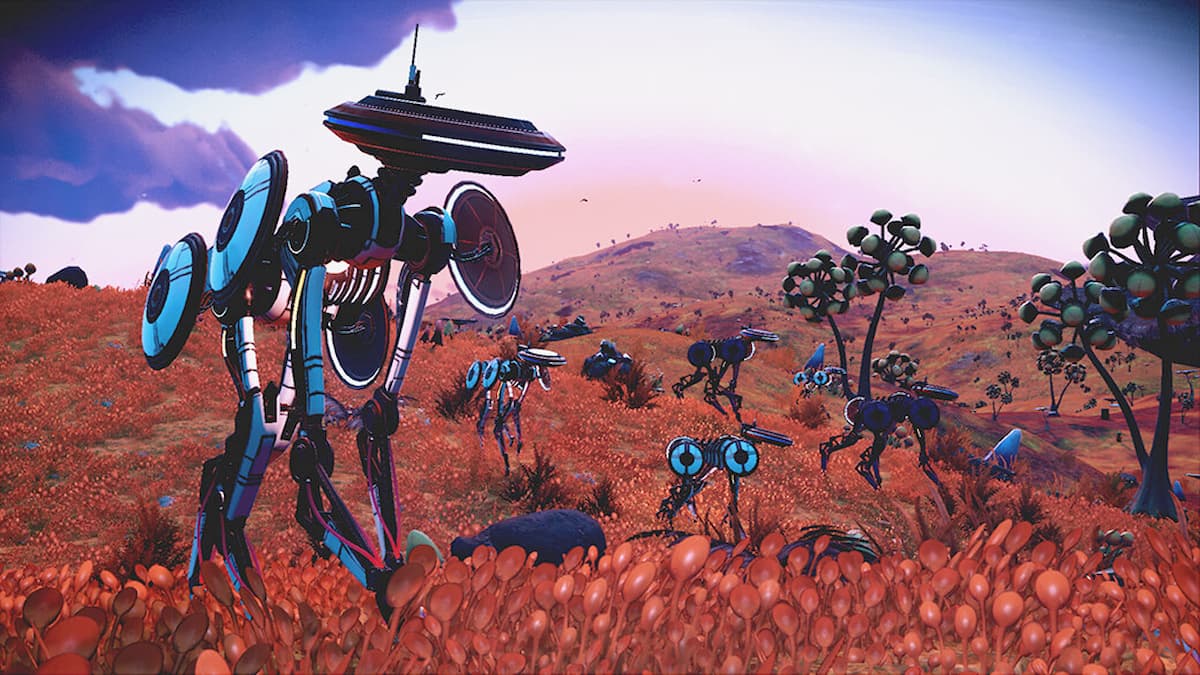 The universe became much bigger in No Man’s Sky with the addition of synthetic creatures. These robotic lifeforms wander the galaxy as if they were actual animals, except they’re electronic. It’s as if the creatures from Horizon: Zero Dawn arrived in No Man’s Sky, but you didn’t have to climb them or capture them to make them passive. These synthetic creatures take a variety of forms, often looking like four-legged creatures. Where can you find them?

Like many things in No Man’s Sky, it’s all going to be random. These creatures were introduced in the Origins 3.0 update and were added to various planets all over the galaxy in the game. From what we’ve seen so far from the community, it doesn’t look like the synthetic creatures appear on a set world. They’re as random as the other creatures you can encounter in the game, such as the brand new insects you can see flying around the game.

Some players have found robots on a violently hot world, and from the screenshot user Alessio1607 shared on Reddit, the synthetic creature had a unique, lava-like appearance on their exterior. We can assume the structure and coloring of a synthetic creature reflects that of the planet they reside on, giving them a unique appearance wherever you encounter them in the galaxy.

Much like the regular creatures, you want to scan these ones and add them to your discoveries when landing on a world.