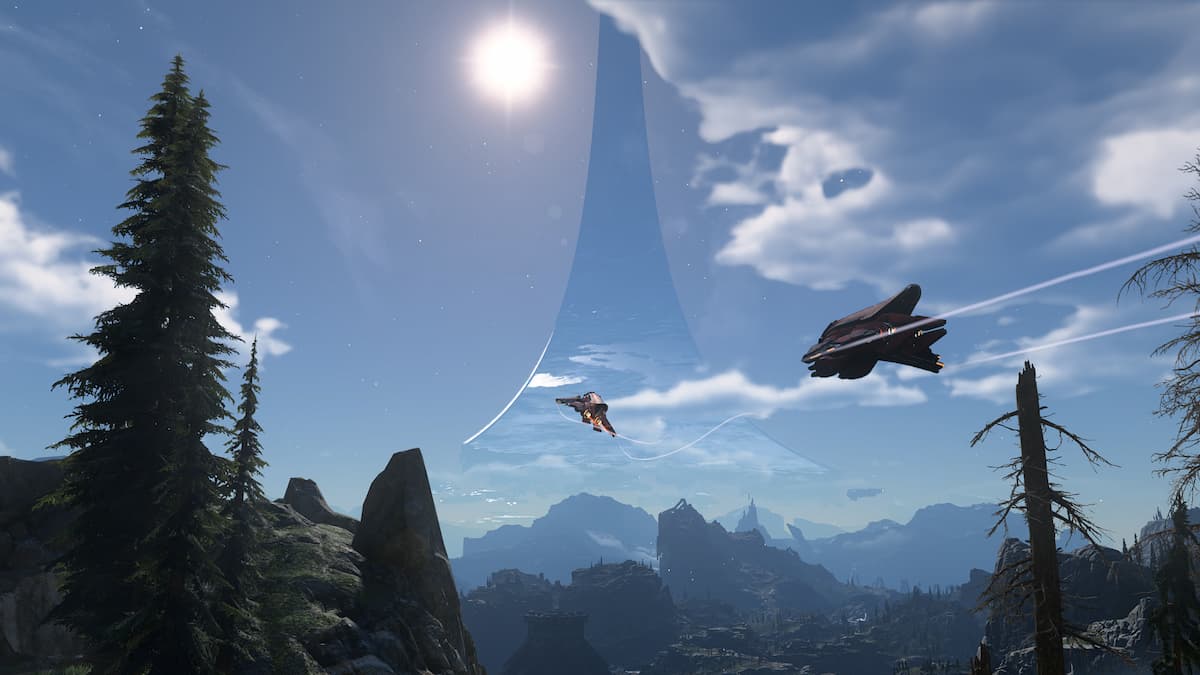 The Banshee is among Halo’s most recognizable vehicles, so it’s only natural that it makes a return in Halo Infinite. The Covenant’s high-speed, flying vehicle functions largely the same as in previous Halo games and is a valuable tool for providing ground support from above, especially in big team battles.

Banshees typically spawn later on in a match. They get airdropped in by Pelicans, so if you see the UNSC cargo ship flying around, it’s best to follow it if you want a Banshee. If you manage to snag one, we’d recommend flying up high immediately after boarding it. Chances are you’ll have quite a few enemies around you that were trying to beat you to the vehicle who will either try to shoot you down or hijack it, both of which are easier for them to do if you’re low to the ground.

When flying the Banshee, push the left stick forward to accelerate and pull it back to slow down; you can also strafe sideways by pushing the stick right or left. To steer, push the right analog stick in whichever direction you wish to go. If you’re a fan of inverted camera controls when flying in games, you can also choose to invert the flight camera via the game’s settings.

Your offensive capabilities include a repeating blaster and missiles, both of which you’ll fire using the right trigger. Hold down on the trigger to fire a barrage of blaster bolts at your target, and should you encounter any heavy artillery, hit “Y” to switch to your missiles, which are fired with one quick pull. Be wary about your missile use, however, as you’ll have to wait roughly four seconds before being able to use them again.

The Banshee is lacking in defensive options, but it does boast some pretty nice evasive ones. For starters, the vehicle is incredibly quick. Pull down on the left trigger while flying to boost your speed; this should make you a hard target to hit. That said, your boost is limited but will replenish when you’re not boosting. If you want to get a little stylish, you can also perform aerial maneuvers by simultaneously pressing the left bumper and moving the left analog stick either sideways or back. Moving sideways will cause you to perform a barrel roll, while pulling back will make you do a backflip.