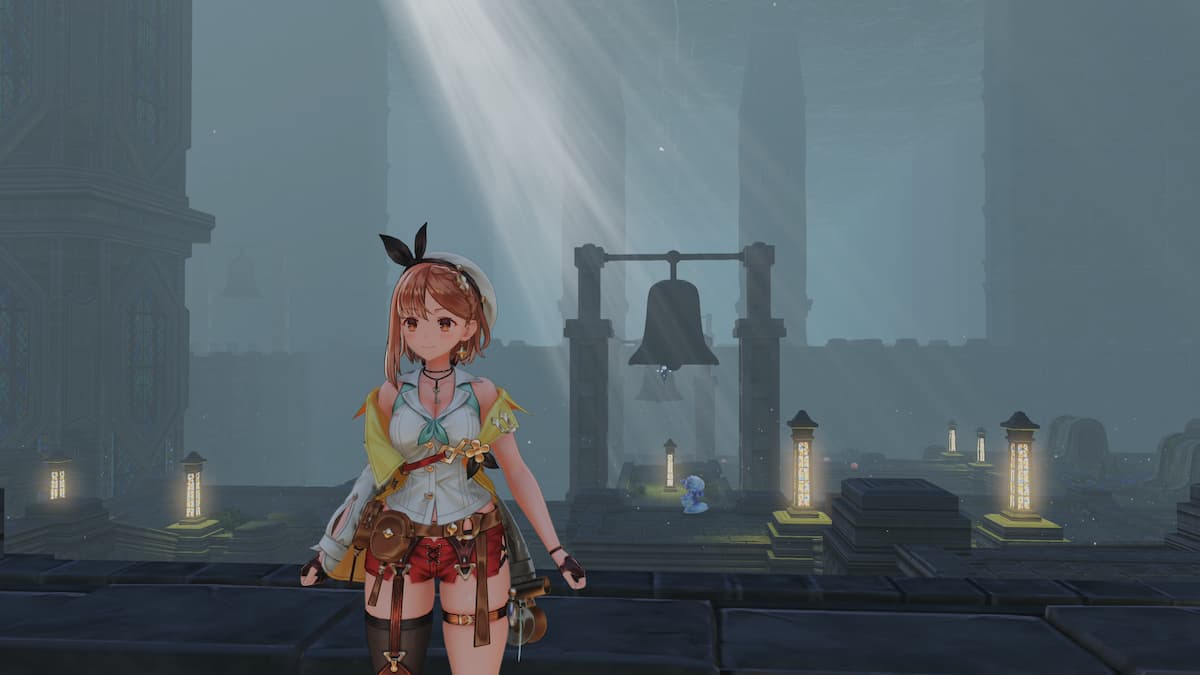 One of the things that you may find a little confusing in Atelier Ryza 2: Lost Legends & the Secret Fairy is that when you are exploring you will occasionally come across small circular tiles on the ground that, when you stand on them, will give a message on the screen that says “Rope”.

In this case, Rope is actually an action that you can take, not an item that you need. The item is called an Emerald Band and is a magical artifact that can create a long string, allowing you to swing over gaps and obstacles.

You will not get this Emerald Band item until you reach a point in the story where you are exploring the Valley of Winds, after finishing up the Mausoleum of Eternity portion of the story. In the Valley of the Winds, you will come to a new set of ruins called the Maiden’s Catacombs. In the first section of the Maiden’s Catacombs, called the Memorial Garden, you can find the Emerald Band.

You can find the Emerald Band in a chest show at the location on the map above. This chest is actually a trap and is guarded by the game’s first really difficult fight, a flying enemy that is largely immune to magic damage. You will need to do a lot of physical attacks to kill it, or Core Items like bombs are a huge advantage in this fight.

Once it is defeated you can open the chest and get the Emerald Band. After that, equip it in the main menu by going into the Items section, and then clicking on an empty square in the Adventuring Tools section. This will allow you to equip the Emerald Band, then use the rope command at any of the appropriate places in the game. As you level up the Emerald Band, you will get access to more places where you can do this.