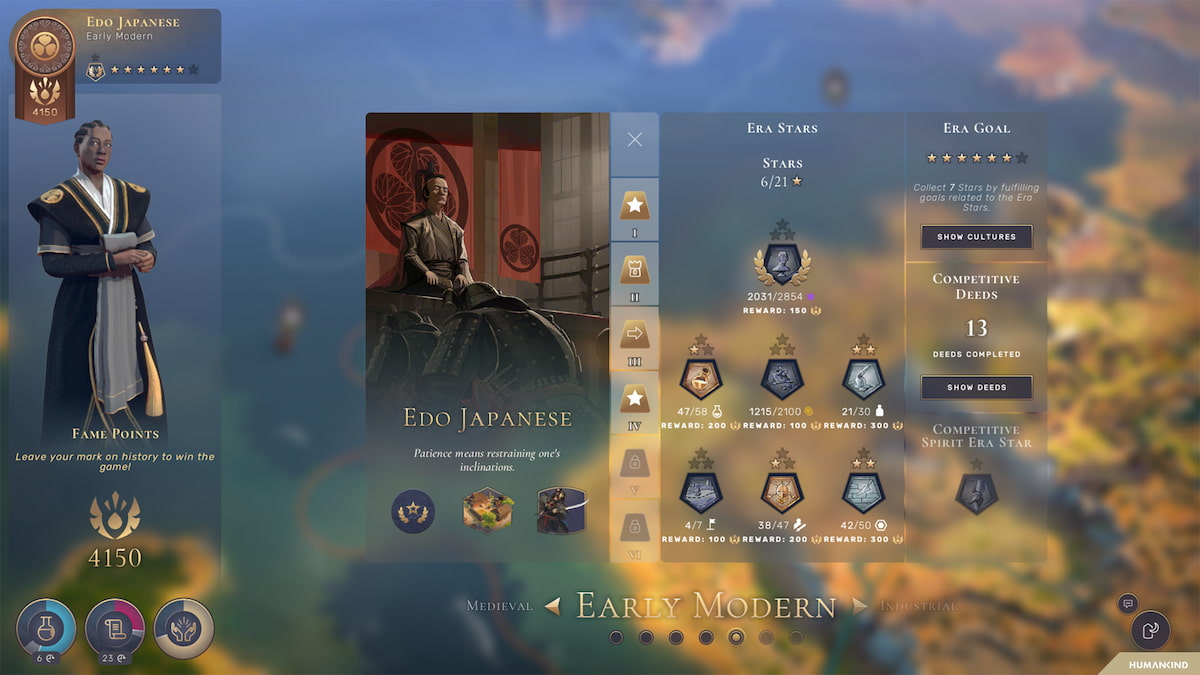 Your civilization in Humankind will steadily grow as they continue to expand through history. The more they progress, the more their fame grows, and other empires hear about them through their travels. Therefore, your focus will be earning more Era Stars to climb the historical ladder, unlock other eras, and advance through history. Without Era Stars, you won’t be able to move your empire to the next historical era. This guide details how to unlock Era Stars and how they work.

You can learn all about your current empire’s Era Stars by visiting the empire page. You can do this by clicking your empire’s avatar on the top left corner of your screen. When this happens, you’ll open up the current era screen, displaying all the ways you can unlock Era Stars.

Each era has several unique ways to earn Era Stars. For example, in the Ancient era, your civilization can gain Era Stars by owning territories attached to your city, increasing influence, building districts within a city, increase your empire’s population, unlocking technologies, or building military units.

Based on the type of Culture your empire has chosen, at the top of the Era Stars page, a unique Era Star is available based on it. We picked the Merchant culture, and if our empire earns 550 gold in total, they gain three Era Stars.

Every new era will have an array of unique Era Stars that you have to earn while playing. Make sure to consult the Era Star page whenever attempting to advanced your Empire into the next stage of history to increase its technology and overall output.