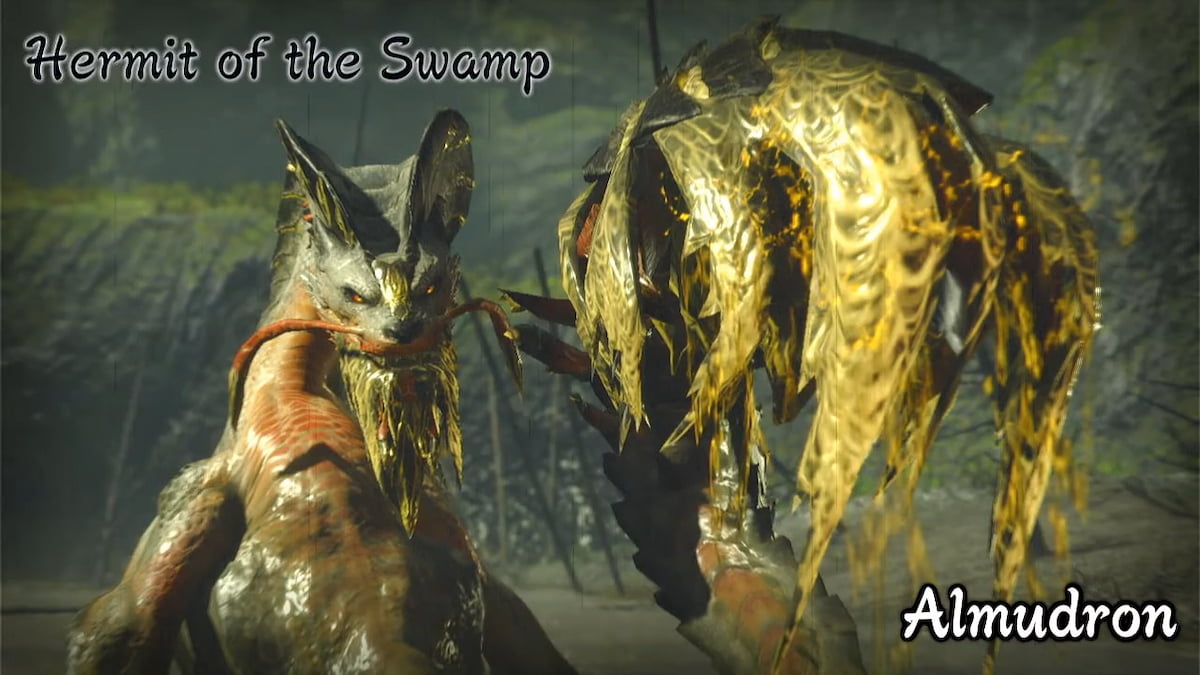 There are hundreds of monster materials in Monster Hunter Rise and the Sunbreak expansion. Making many Master Rank weapons is easier if you upgrade the preceding High and Low Rank gear earlier in the weapon tree. Crafting the Almurdron weapons follows this process. You can create the Master Rank version outright or upgrade it from lower rank equipment.

To start the Almudron weapon tree, you need materials including Golden Muck, a Low Rank, and uncommon Almudron material. We’ll go over how to get it in this guide.

Golden Muck has a 22% chance to drop as a Target Reward, 13% as a Capture Reward, and a 30% chance to be a Dropped Material from Low Rank Almudron hunts. The Village quest is a better bet. You can fight either the six-star Village quest “Hermit of the Swamp” or the three-star Hub quest “Down ‘n’ Dirty.”

Village quest monsters are weaker overall than Hub monsters, dealing less damage and having significantly less health. You receive around eight Target Reward items per quest, so you have a little less than a 40% chance of getting two Golden Muck units per hunt. The hunts shouldn’t take more than a minute or two, even if you’re only early in Master Rank.

Even if you’re making your way through High Rank on your way to Sunbreak, Village Almudron shouldn’t be any trouble at all. It’s also a good introduction to the monster. Master Rank monsters all have a vastly expanded moveset, but taking on their Low Rank equivalents sets a solid baseline for what you’ll encounter later in your playthrough.

Not much will change if you hunt the Gathering Hub version of Almudron. The attack patterns will be the same but expect to take about 20% more damage and need to deal a lot more in return. In our testing, Village Almudron quests took approximately 25% less time on an average run than a Hub quest. You’ll still only be spending a few minutes, but the less time you take on a hunt, the more times you can run it for more rewards.