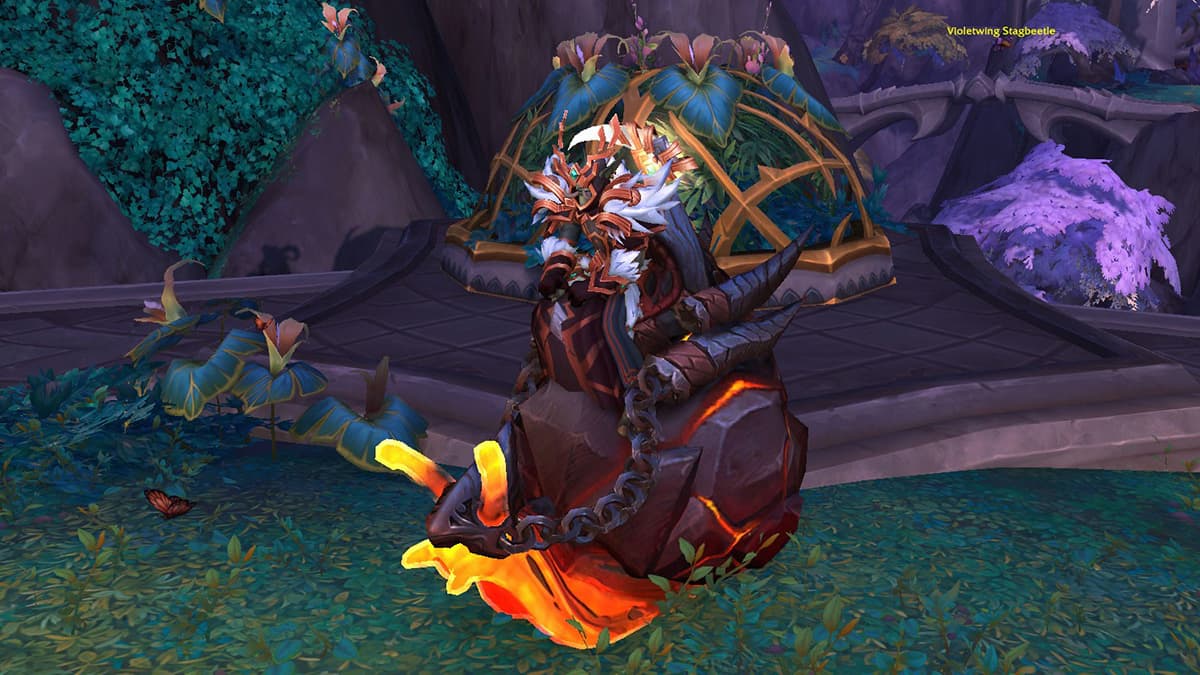 World of Warcraft has a ton of mounts to collect now, and the Dragonflight expansion has added a few new ones for hardcore collectors to seek out. While the expansion focuses mostly on riding around on dragonback, there is a small number of normal ground mounts for use in areas that don’t allow dragonriding. One of these has been a secret since launch and the way to obtain it has remained hidden for quite some time, but that has ended. The Magmashell mount is a lava snail that is actually pretty easy to obtain, and even easier if you have a bit of gold to spare. Here is how to obtain the Magmashell mount in World of Warcraft.

How to get the Empty Magma Shell in World of Warcraft

The first goal on your way to obtaining the Magmashell mount is to farm up an Empty Magma Shell. This item is a rare drop from the little snail creatures called Lavaslurpers that can be found along the lava river running south of the Obsidian Sanctum at around the coordinates 22,71.

If you want to save time, the Empty Magma Shell can actually be purchased at the Auction House. Prices are likely to go up as more people become aware of this secret, so it is advised to purchase it as soon as possible if you take this route.

Where to find the Empowered Snail NPC in World of Warcraft

Once you have this item, you need to take it to the Empowered Snail NPC located in the Northeastern section of the Waking Shores underneath a lava pool in the mountains at coordinates 71, 25.

There will be a bubbling pool of magma that you must swim under to see the NPC. It will be interactable, and all you must do now is click it to start a 16-second channel and survive the lava damage long enough to obtain the mount. This is easily accomplished for certain classes that can negate damage or prehot themselves before the channel.

If you find it hard to survive the damage, the Everlasting Horn of Lavaswimming toy will make you take none provided you have obtained it. This can be acquired in the Siege of Dragonbane Keep strongboxes.

Once the channel completes, the Magmashell mount will automatically be added to your collection.

There are many other mounts to collect in World of Warcraft, including the Hailstorm Armoredon.