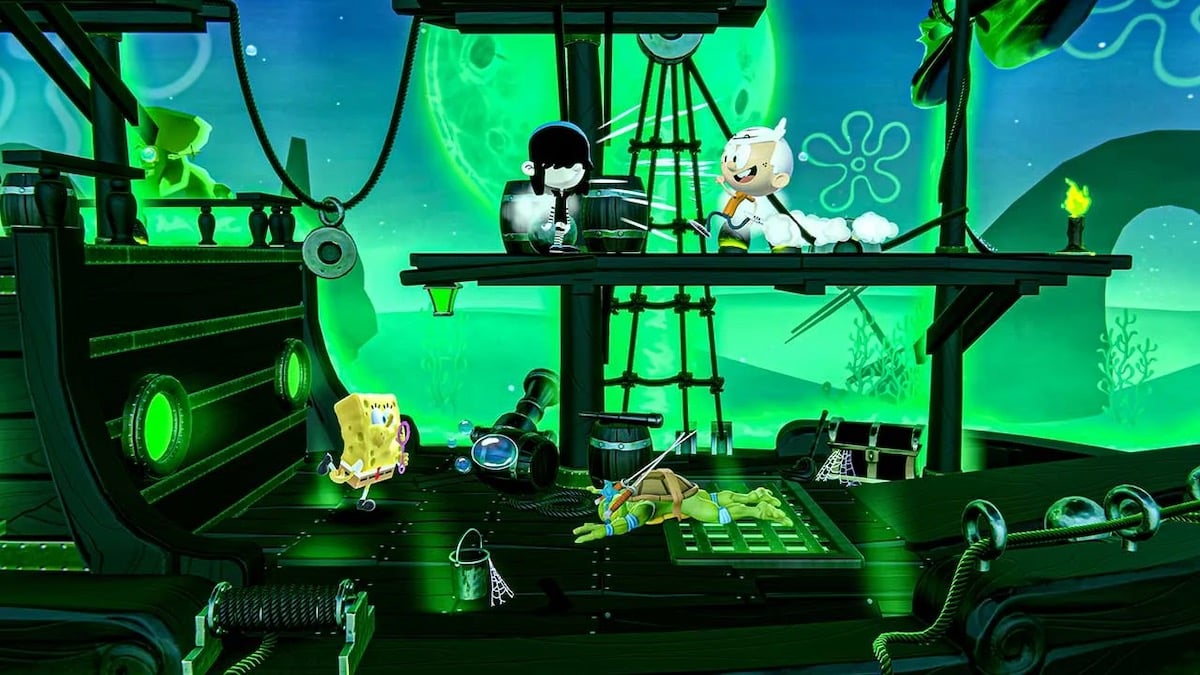 Nickelodeon All-Star Brawl borrows a lot from Super Smash Bros., but thankfully not its lackluster training mode. The training mode present in Nickelodeon’s new platform fighter includes some incredibly useful features that can help greatly when it comes to figuring out combos, characters, or approaches.

The first of these features is the option to turn on hitboxes. To turn on hitboxes, load into your training match, pause the game, navigate to the “Display Hitboxes” option, and turn it on.

Upon flipping this switch, all characters will become highlighted and composed of various shapes. The highlighted part of your character is your hurtbox. Your hurtbox visually represents the parts of your character that take damage when they come in contact with a hitbox, which is the part of an attack capable of dealing out damage. For example, when Michelangelo uses his projectiles, he throws out a moving hitbox that, when met by an opposing player’s hurtbox, delivers damage. For a visual representation of this, check out the screenshot below:

When hitboxes are on, any part of an attack that does damage will be highlighted in red. This is pretty useful when it comes to figuring out how to best use specific moves, or if some moves are even worth using at all. Attacks don’t always have hitboxes that align with a character’s on-screen actions, some hitboxes come out too late after starting a move, and some moves have incredibly small hitboxes that are very difficult to land.

While hitboxes are on, you can also see your character’s grab range represented on-screen through a grab-box. Invincibility frames will also be visible; your character’s hurtboxes will turn purple when climbing or rolling up from a ledge, signaling that you’re immune to damage during those actions.

Another key feature of training mode is the ability to play the game frame by frame. To do this, go to the training mode’s start menu and select “Frame-by-Frame.” By pressing the start button, you’ll be able to advance the game one frame at a time.

Obviously, you’re not going to want to practice any free-flowing combos like this, but the frame-by-frame mode can be a valuable tool when it comes to figuring out attack timing. You can use it in conjunction with visible hitboxes to see how exactly how many frames it takes for an attack’s hitbox to come out after performing the move’s input, which then allows you to assess whether that move — or even that character — is worth using.

If you have a friend nearby and/or a second controller laying around, you can also boot up training mode with two players. The advantage in doing this compared to simply practicing against a computer-controlled opponent is that you can’t control your CPU opponent’s behavior beyond how aggressive they are. With two players, you can set up different experiments. As an example,  you could have a friend perform certain moves or approaches you usually struggle against while you try to figure out ways to effectively counter them.