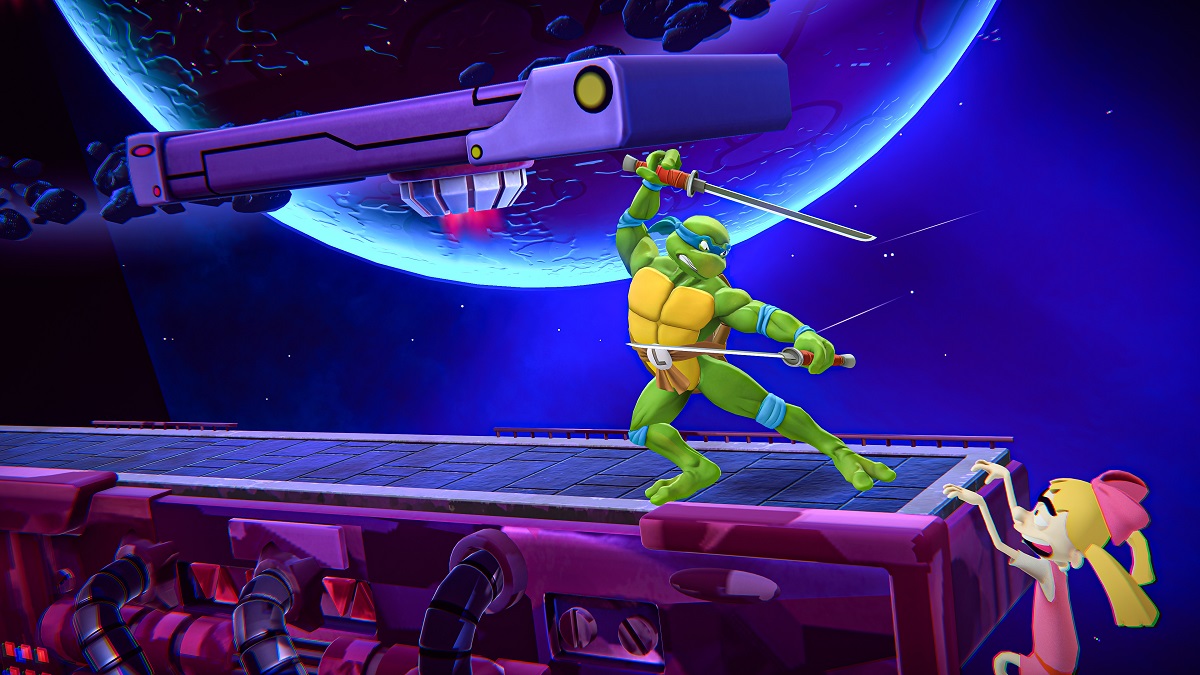 After viewing Hungrybox’s The Juice Box tournament, there is one aspect of the game that stands out to be the most important: mobility. Being able to juggle your opponent with an onslaught of attacks is vital for success in Nickelodeon All-Star Brawl. We saw in the finals of The Juice Box tournament, two strong characters that battled it out to be the very best: Aang and Leonardo.

Aang is incredibly fast and agile, just like the airbenders before him. His light attacks in the air can juggle the enemy so rapidly that the opponent won’t have time to tell what’s going on. He also has his air ball for spectacular mobility, and alongside his speedy recovery outside the arena, he’s a must-play. Aang ultimately won The Juice Box tournament.

Leonardo is almost just as agile as the Avatar, and he has a better range with his dual swords. His wider range can also help with follow-up attacks off the arena that will seal the deal. His recovery up special, however, can leave him open for attacks.

A few other great options would include Nigel Thornberry and Toph. Nigel has a peculiar moveset based on animals, but his woodpecker attack in the air can be devastating as it can be used in a rapid manner. His gorilla arm can pack a punch as well. Toph with her earthbending, can also bring it in battle as her rock attacks are powerful and her recovery is fantastic. She can even summon a platform beneath her feet to save herself. Using a mix of her rapid light attacks and strong earth attacks will demolish many people in your wake.

This might be controversial but Reptar is a dinosaur you shouldn’t pick in Nickelodeon All-Star Brawl. Yes, he is very strong in terms of knockback ability, but his hitbox is so large that it’s hard to avoid an onslaught of light attacks from the likes of Aang or Leonardo.

Powdered Toast Man is also ineffective in combat. His standard punches lack range and he’s relatively slow to use in comparison to other fighters. His light attack in the air is also random, so you have little chance of making a combo in the air. His recovery move is also as dense as his bready brain as he makes an unreliable arc back to the stage. A character like Leonardo or Aang can easily counteract Powdered Toast Man’s attempts of returning as his movement pattern is so predictable.

In addition, Lincoln Loud is one of the worst picks in the game, simply due to his weak strong attacks. His light attack is pretty fast, but at 180% against Reptar, for example, Lincoln has significant problems at launching the dinosaur out of the arena with his strong attacks. His recovery is also just a straight line up with little mobility to speak of. His special attacks also lack oomph as he only uses a short-ranged water gun (that comically only does 1% of damage) and a spinning top.