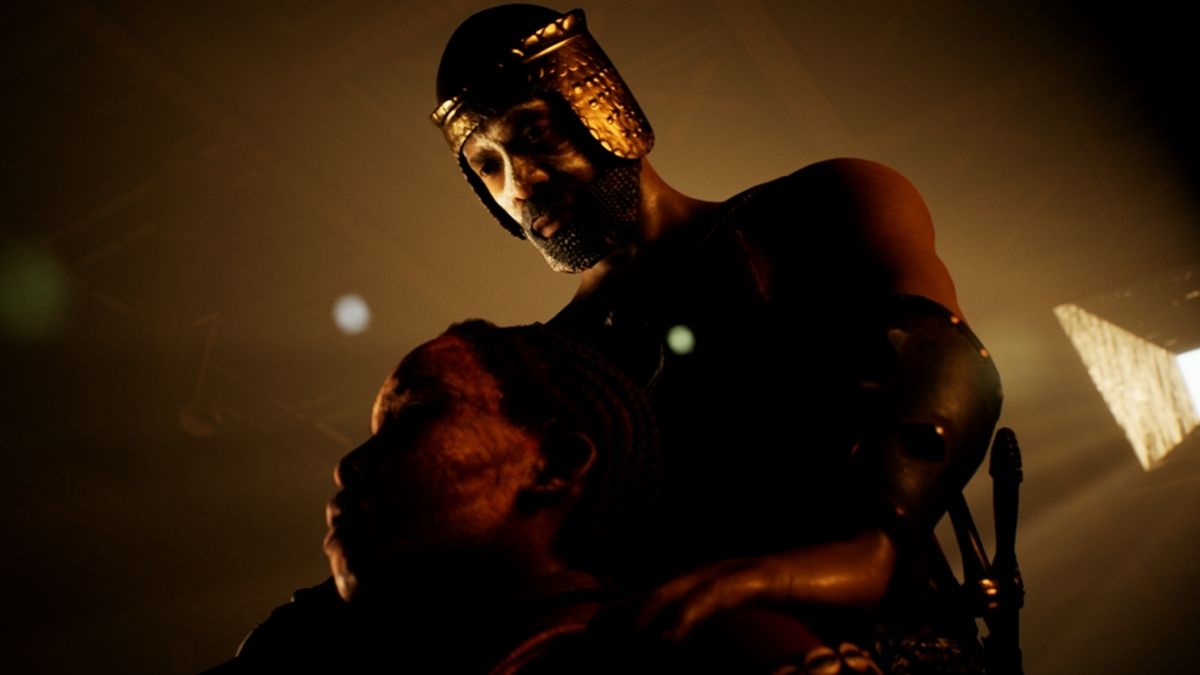 The Old Dog achievement in The Dark Pictures Anthology: House of Ashes requires you to have Balathu get two kills with his spear. There are a few opportunities for you to get this achievement throughout the game. It requires you to be specific about your choices. Here’s how you unlock it.

During the prologue, you will take control of Balathu’s actions and guide him through the chapter. Balathu can get one of his kills here if you hit the woman with the spear when she runs away. Afterward, make sure to stay and fight when confronting the creature. During this time, there will be a series of QTEs. Be successful at all of them to make it, so Balathu dies last.

During the Assault chapter, Eric will go to save Nick from Balathu. Eric will get caught by Balathu in the process. When you take control of Rachel, you will be given a choice to save Eric or run. Save Eric and escape in the process by succeeding at the QTEs. After this, Balathu will grab a spear. Miss the QTE that follows, and he will impale Rachel with it.

Toward the end of the game, everyone will be escaping from the caves after Nick places the explosives. You will be given the opportunity to go back for Salim when he gets separated from the group. Have Jason go back for Salim and succeed at the QTEs to kill a few creatures. As they are running away, Balathu will appear and throw a spear. Fail the QTE here to have Jason get impaled by the spear.