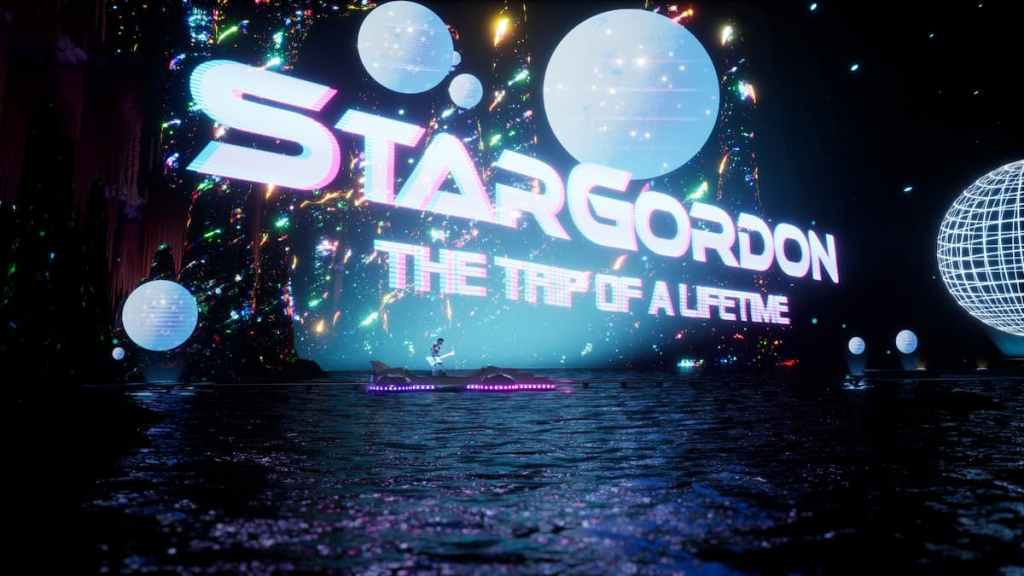 The Artful Escape, a celestial music adventure from Beethoven & Dinosaur, is a torrent of color and sound which follows the voyage of Francis Vendetti, a young guitar virtuoso who is bouncing between cosmic experiences in search of his self-identity. Along the way, Francis has an endless number of chances to jam on his light guitar as he jumps his way through extra-terrestrial environments. Most of the achievements in this game are story-based, automatically triggering them while progressing along Francis’ quest. There a few achievements that are hidden, though, and may be easy to miss.

One of the blink and you’ll miss it achievements is “Jam with a Snowman”, located on the planet of Heliotromms, the first world Francis visits after leaving the Cosmic Lung, an interstellar spaceship that carries Francis across the universe. After reaching the first electro-mechanical pad that allows you to call down an instant stage made of speakers and lasers, a light bridge will appear, allowing Francis to reach the other side of a canyon.

After leaving the bridge, Francis will conveniently slide downhill towards a large tree that has fallen at the bottom of the path. Don’t jump over the tree. Instead, take a few steps back and hammer out some tunes. A snowman, along with everything else in the area that Francis passes while playing, will be bopping up and down to the music. Play for a few seconds to unlock the hidden achievement.