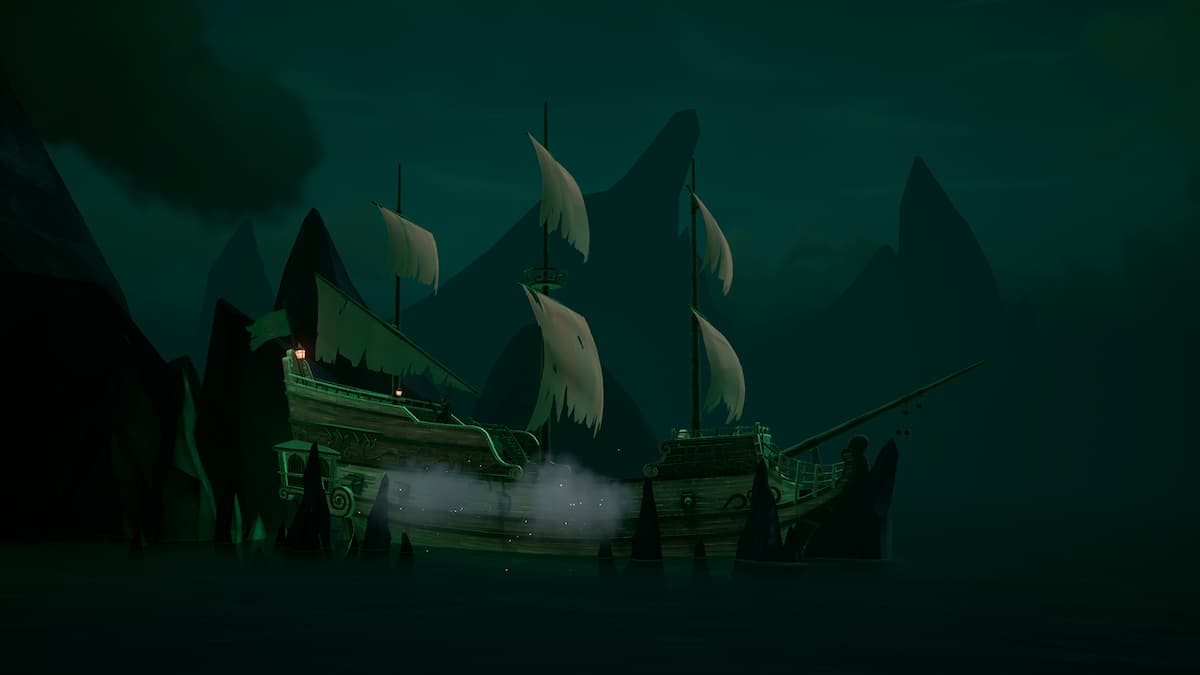 Captain Barbossa is on the hunt for Captain Jack Sparrow in Sea of Thieves: A Pirate’s Life. In Chapter Four of the Tall Tale titled Captains of the Damned, you will get a chance to return fire on Barbossa’s ship, the Wicked Wench, as he attacks the town of Isla Tesoro. By doing so, you will earn a commendation called “Strike Yer Colours.”

Once you get past a long cave and arrive towards Isla Tesoro on your right, you will see Barbossa on his ship as they pelt a fort with cannonballs. The two sides will berate each other with looping dialogue. Park by the dock on the right side and disembark. Walk off the dock, and on your left will be a staircase leading up to the fort. Once you go up the stairs, turn to your right. You will see Spanish Defenders shooting cannonballs at Barbossa’s ship.

Man the second cannon from the right, as it is the only usable one up here. To its left is a Cannonball Barrel in case you do not have any equipped. Man the cannon, load a cannonball, and aim it slightly down to the right. Fire and it hit Barbossa’s ship. This should earn you the Strike Yer Colours! commendation, but there have been reports of the Tall Tale glitching and not rewarding it. If this is the case, you may have to leave the session, but luckily, you should have a checkpoint taking you back to Chapter Four.