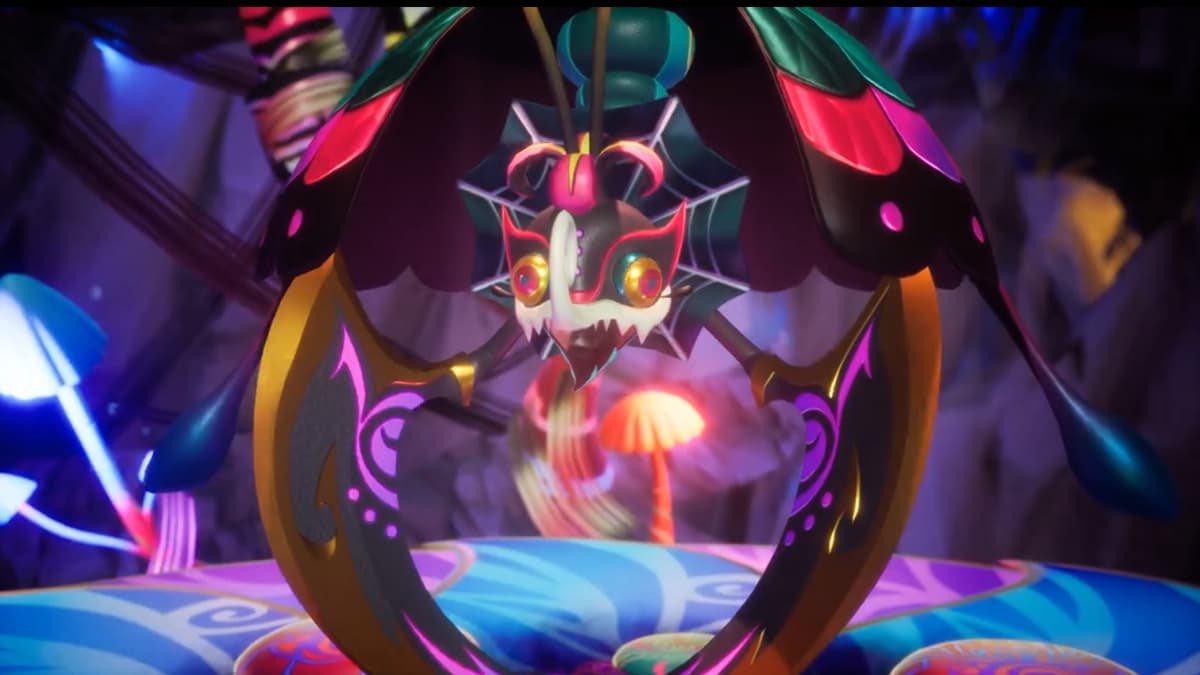 In Chapter 3 of Balan Wonderland, you mingle with lots of bugs. The theming is around a girl who loves insects but has been corrupted by Lance’s negativity after her friends run and scream at the sight of her bug friends. Because of that, she is transformed into a giant spider, and you need to defeat her in this form to return her to her normal state. While you could easily find a method to get the three hits on the spider it takes to defeat her, you will be rewarded multiple golden Balan trophies for dealing damage in three unique ways. Here is how to do the three Fighting Style trophies in the Chapter 3 boss fight of Balan Wonderworld.

For the duration of this boss fight, the spider will be in the middle of the area, and you will be running alongside it. The two costumes we need for our Fighting Styles are here if you do not have them going into the fight.

Right off the bat, equip the Sickle Slinger costume. The boss will drop their legs into the ground around the platform you are on, so attack it.

The final Fighting Style will require you to put on the Sickle Slinger costume again. The spider will begin shooting out some dark orbs. Strike one with a sickle, and it will fly into the boss, defeating her, and you will have earned all three trophies for this fight.