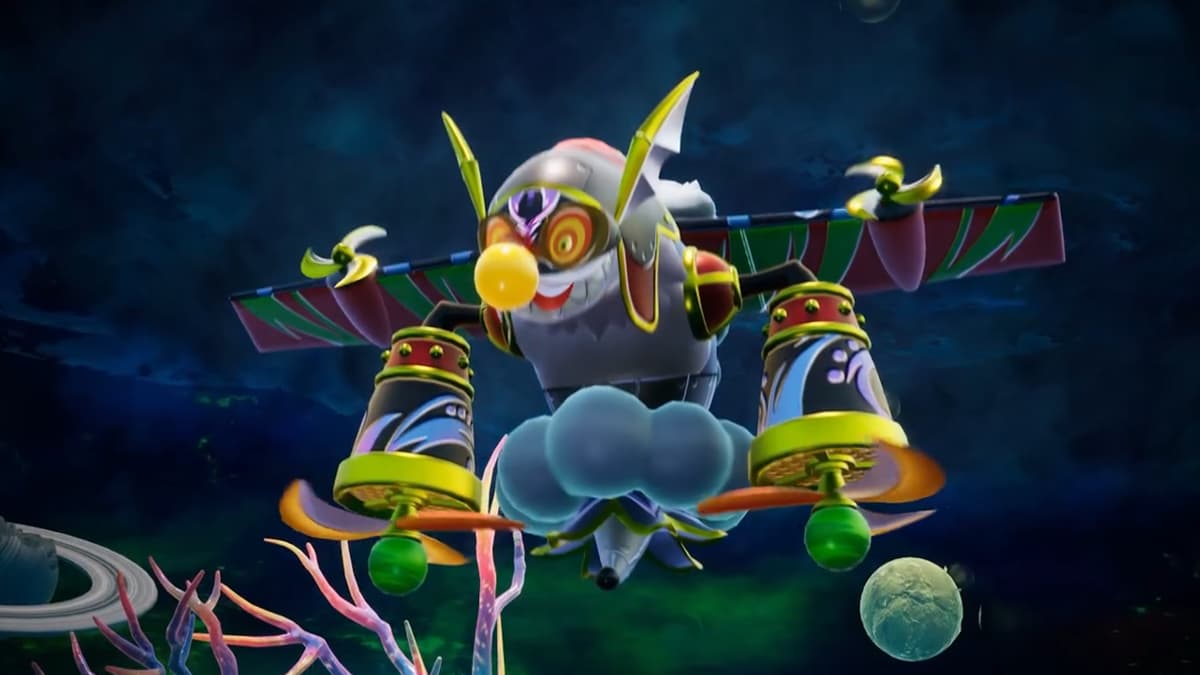 Boss fights in Balan Wonderworld are arguably the most interesting part of the game. They include fights against innocent people, transformed into monsters because of the negativity taking over their life. In the case of Chapter 4’s boss fight, a young boy obsessed with flying is corrupted after his many flight inventions fail.

As is the case with other boss fights in Balan Wonderworld, you need to damage them three different ways to earn all possible golden Balan trophies in the level. Here is how to get the three Fighting Styles in the Chapter 4 boss fight.

During this fight, the boss will fly around in front of and above you. To damage him, you need to pop the yellow balloon on his nose and then strike his real nose underneath. The bridge you are on will slowly move forward and fall away, so be sure to move with it constantly, or you will fall.

The first Fighting Style happens when the boss flies over you and drops a bunch of crates onto the bridge. When he does this, equip the Aero Acrobat costume. Near the front of the bridge will be a present when the crates land. Quickly jump on the gift, and balloons will fly into the air. Attack the balloons until you get close enough to strike the balloon on the boss. When you do, he will be stunned and fall to the bridge allowing you to hit him for the actual damage.

The second Fighting Style is relatively simple and will not require a specific costume. After a bit, the boss will fire some propellers at you. Jump on one of them, and you will send it back at him, stunning him and letting you attack his nose again.

The third and final Fighting Style can be a little finicky. We had to do this fight multiple times because the boss stopped going to the attack phase we needed. He will remain in front of the bridge again, and fans will burst out of the bridge’s tiles from below. Equip the Soaring Sheep costume and use the air currents to float high in the sky without touching the fans. The boss will pull up more fans that will attack below, so you have nothing to worry about. You need to float into the boss’s nose, which will not have the protective balloon over it.

The hitbox here is very particular, so you will be pushed away and likely have to wait for the fan attack phase to start again if you are off at all. Regardless, land these three hits, and you will have earned all the golden Balan trophies for this boss fight.