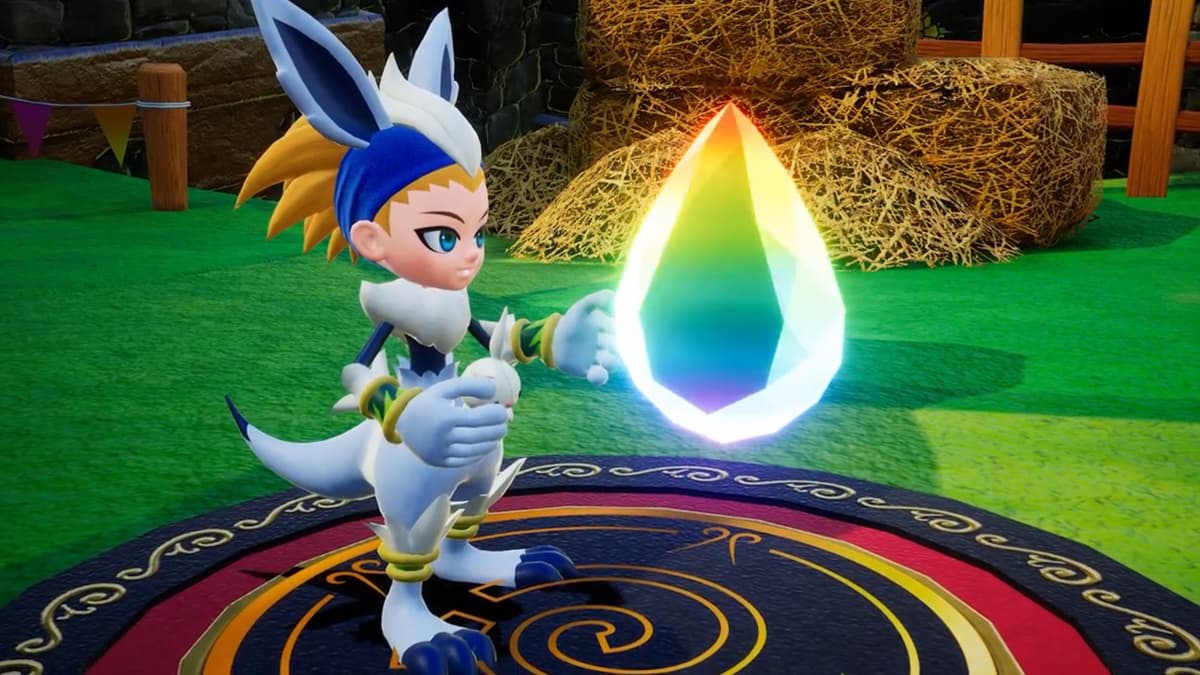 Balan Wonderworld may have its focus on collecting golden Balan statues as you traverse its varying worlds and chapters, but there are other tasks for you to keep in mind when exploring. For example, the varying colored raindrops you collect can all be collected and brought back to the Isle of Tims to feed the cute little puffballs. While you will see your fair share of red, blue, pink, and yellow raindrops, there is a fifth kind of raindrop you can get in particular situations. Here is how to get rainbow raindrops in Balan Wonderworld and what to do with them.

Outside of earning a rainbow raindrop from finding the Father Tim statue, as of this writing, we have only earned the colorful raindrops from replaying levels we have already completed. You go through the platforming level exactly as it was the first time playing through, and when you reach the tree at the end, instead of the heart key or cage, you are rewarded a rainbow raindrop. Replaying the boss fights will not reward you with a rainbow raindrop; only the first two acts in each chapter will give you one each. We recommend only going for the rainbow raindrops if you are already having to replay a level to grab a costume you need for a different level.

So it doesn’t necessarily sound exciting to replay levels only to gain a food source for the Tims, right? Well, rainbow raindrops are not for the Tims, actually. Instead of dropping the drop at a flower garden like the others, you can only deliver it to the Tim statue on the Isle of Tims.

As of this writing, we are unsure if this will actually reward you with anything. When we filled up the bar under the statue for the first time, all that happened was the statue’s wings stretched out.