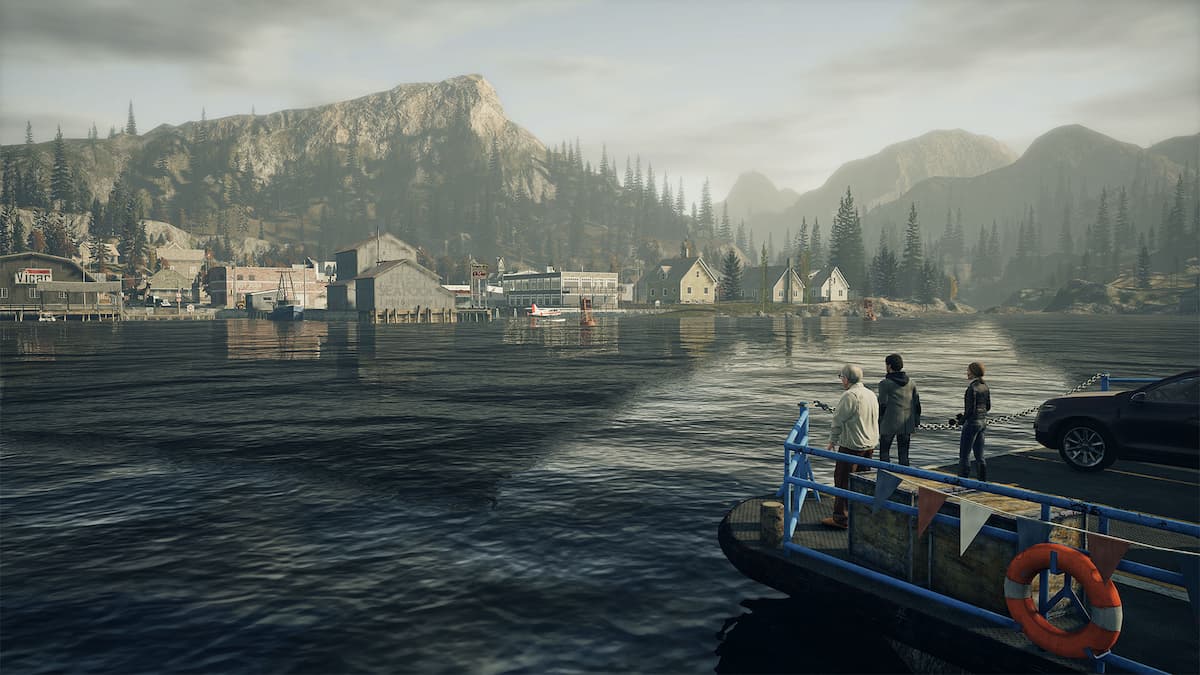 The Two For The Price of One achievement and trophy in Alan Wake Remastered tasks players with killing two Taken with a single shotgun blast. It lacks the specificity of many other games’ achievements, meaning there are multiple chances to snag it. With that said, our guide below details the earliest and easiest way to get it.

It takes about an hour until the first viable opportunity. Shortly after arriving at Bright Falls, Alice gets kidnapped, prompting Alan to try rescuing her by diving into Cauldron Lake. Afterward, Alan regains consciousness in a car peculiarly stranded in a forest.

As players navigate this linear forest, they’ll come across a locked gate with a tiny control room situated next to it. This room houses ammunition, a television, the switch for the gate, and a shotgun. Accessing this switch is required to progress, making it unmissable. Don’t forget to grab the shotgun before heading through the newly opened gate.

The area past this gate houses a combat encounter. Three enemies spawn simultaneously beyond the logs. You’ll notice two smaller Taken straight ahead of Alan near the bulldozer with a larger Taken coming in from the right stack of logs.

To begin with, use the flashlight to eradicate the darkness from all of them. Once all three enemies are vulnerable, We recommend taking out the larger Taken, leaving the smaller ones behind. You’ll want to rally the remaining enemies around the map until they’re right next to or in front of each other.

If one Taken closes in on you sooner than the other, aim the flashlight at the aggressive one. This will stun it for a few seconds even though their darkness was already depleted. Keep doing this while leading them around in circles until you’re able to kill them in one shot. We found the most reliable method involved backing yourself into a corner, waiting until both were dangerously close to Alan before firing the shotgun.

If you mess up, you can always die or restart the checkpoint from the pause menu. This will take you to just before the enemy spawn, making it a consequence free area for trial and error.