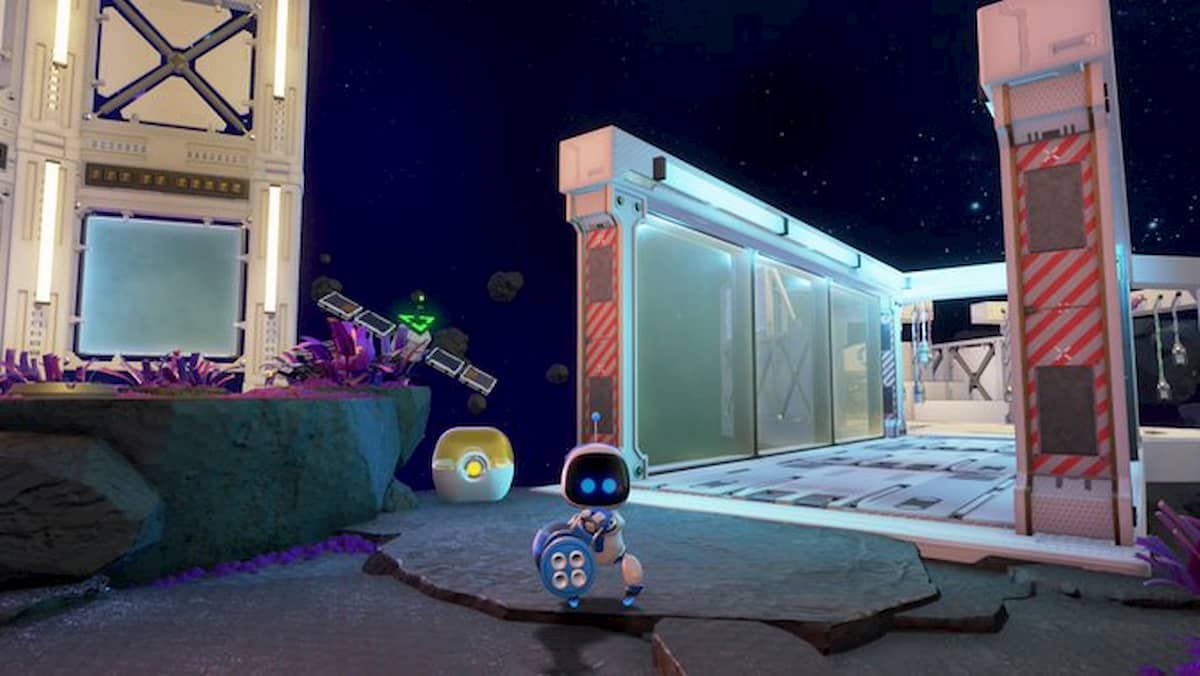 Hidden away, there are some very unique tools at your disposal in Astro’s Playroom. By going after the bronze hidden trophy, “Wild Arms,” you’re tasked with finding a machine gun that ends enemies with only one shot of its colorful ball-shaped ammo. On top of that, you’ll also have to perform a particular spin while using the weapon. Here’s how to do it.

Getting the machine gun

The easiest route to find the weapon is through SSD Speedway’s Deep Database stage. Directly after flying through Caching Caves, Astro will be on his feet again, facing a white space station not too far off into the distance. Head to the building by climbing the rocky path in front of you and stop at its glass window entrance.

To the left, there is a bot pointing to a pair of cables that will need to be pulled out from the ground. Punch the treasure chest that comes from it, and the machine gun will be equipped.

Before you begin the combo, move back down to the rocky area, as enemies will appear if you get too close to the glass window. Then, instead of pressing square to spin, you’ll have to hold the button down to begin a rapid spin attack. Wait for Astro to start glowing during the move, then immediately fire for the trophy to be unlocked.