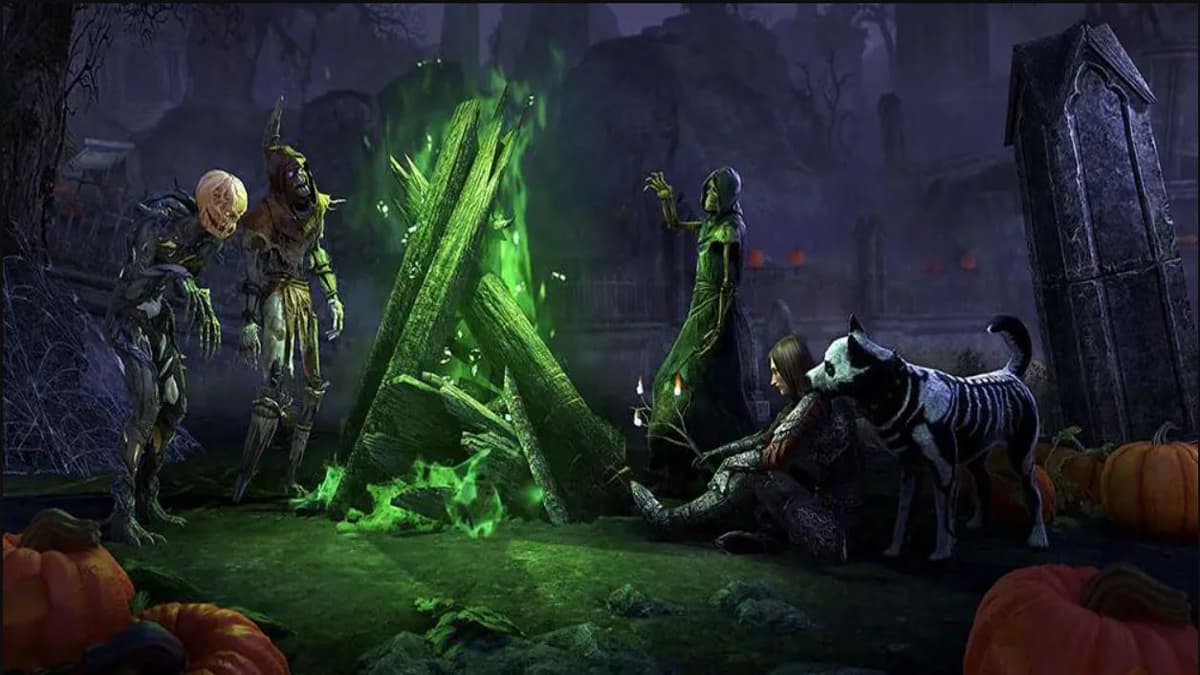 The Elder Scrolls Online is celebrating Halloween with the annual Witches Festival event. It’s where the Witchmother’s of Tamriel gather to trade spooky yet valuable items to adventurers. You’ll find new outfits, fun emotes, furniture, and plenty more goodies during the festival. However, to find them, you must first collect Plunder Skulls, but it can be difficult to know where to begin. So, to help, we’ve put together a handy guide.

First of all, to join in on the festivities, head to the Crown Store’s Holiday section and find the Witches Festival quest. Follow this guide to help you get started.

What is a Plunder Skull

Feathers will only show up if you have the quest Plucking the Crow.

How to get Plunder Skulls

Plunder Skulls are the main item you will collect during the entire event. You can find them by defeating Delve, Dungeon, Public Dungeon, Imperial City Bosses, Quest Bosses, Final Trial Bosses, and World Bosses. However, the easiest and best way to gather them is to enter a Delve and defeat its boss. Once the boss is killed, you can wait in the area until they respawn which takes around four to five minutes. Delves are represented by a torch on your map and can be found throughout the world.