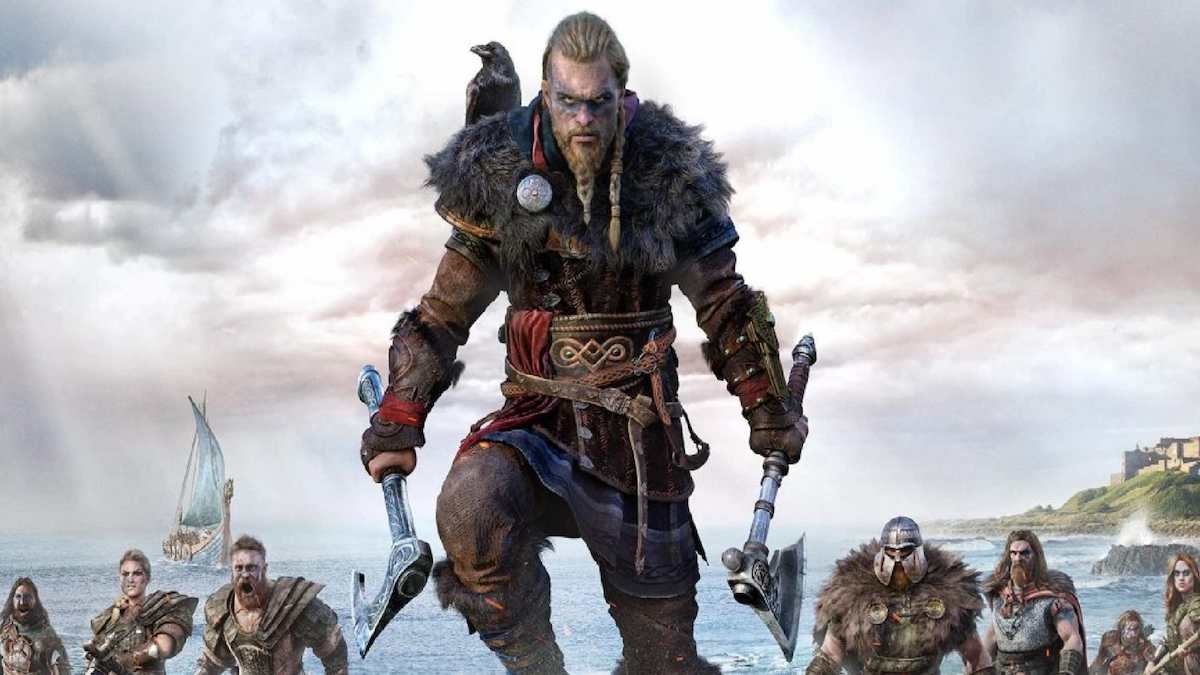 Among the many Legendary Animals that you will encounter in Assassin’s Creed Valhalla, none may be as visually terrifying as the Black Shuck. This fearsome, black dog resides in the southeastern portion of East Anglia, in some rather intimidating-looking ruins.

You will know you are in the right place by the dense fog and dark music that begins to play. The Shuck itself is in the middle of the ruins, feasting on its last victim when you walk up to it.

Despite its fearsome look, you don’t need to be that high of a power level to face it. Most players would recommend being between 30 and 50, and even on the lower end of that spectrum, the Shuck doesn’t put up much of a fight, honestly.

The first thing the Shuck will do when the fight starts is rush at you and lunge. Dodge this and pull out your bow to reveal its weak points (the glowing orange sections). These are on each of its four limbs: two on the front legs, two on the back. Use your ranged attacks to shoot these points. If you have it, the Focus of Nornir ability is perfect for doing this. It will slow down time and give you arrows to shoot, even if you are out. Once you have shot each weak point, its stun bar will be gone, which opens it up to a powerful Stun Attack.

After this, it’s a matter of how you want to kill it.

Killing it with melee attacks

If you are a melee-focused character, its attacks are very telegraphed and easy to see coming. Either dodge these, or even parry them, and get a few hits in before you dodge away. Almost all of its attacks revolve around it lunging at you, trying to bite, and once you see it a few times, you can easily tell when it’s going to happen. So be patient, follow the steps above, and the dog will be dead in no time.

A two-handed weapon will give you an extra bit of space between you and the Shuck, which can help get away after a few hits. You can use one-handed, but you will have to be more alert when you need to evade.

Killing it with ranged attacks

However, the best way we found to kill it was with ranged attacks. We can not overstate how useful the Focus of Nornir is, even after you have taken out its weak points. There will be times where the Shuck will run away from you, into a corner of the battlefield. It is here that it’s preparing for a big lunge at you, but it is also a perfect chance for you to use the ability and pepper its head with arrows. Headshots do substantial damage to the Shuck and lower its health very quickly. If you have a good bow equipped, this is the method we recommend the most.

The one attack you will want to watch out for is also its one unblockable, red attack. This move will have it start to tear into you with its teeth, and if you don’t dodge it, it will pin you down, prompting you to spam a button to free yourself. Try to avoid this attack, but even if it gets you, just spamming the button will end it pretty quickly, and you can get your health back with a ration.