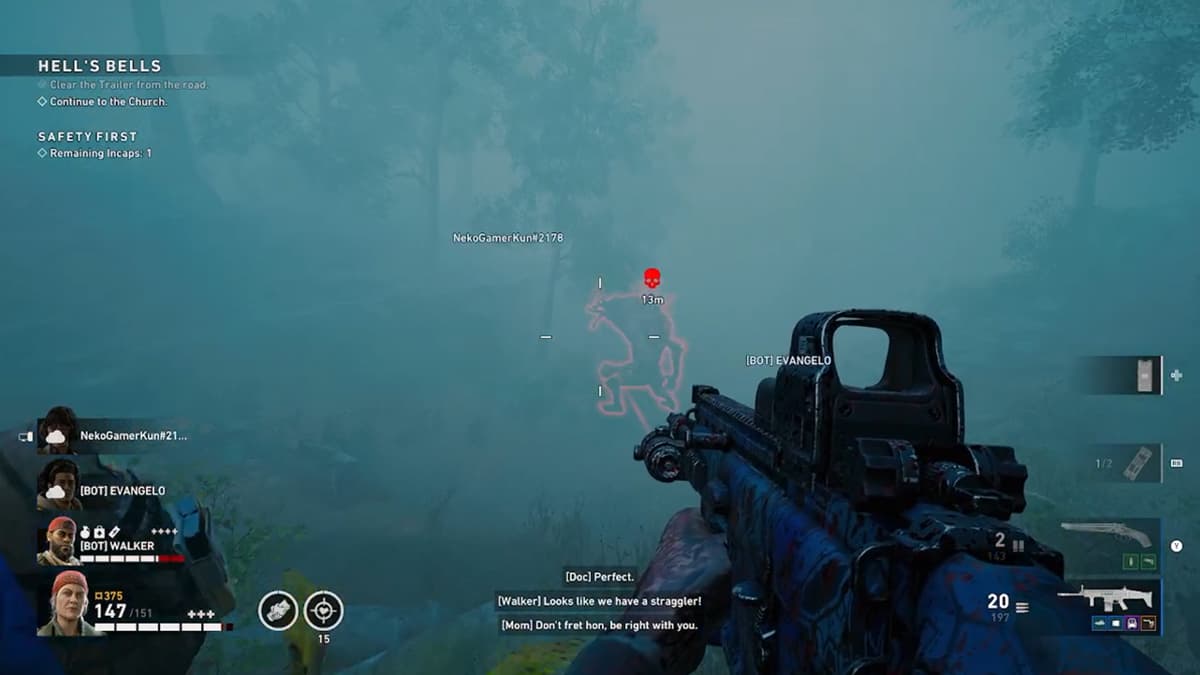 Back 4 Blood has no shortage of unique enemies that make their appearance throughout your runs as Cleaners in the campaign. These Mutations have unique characteristics as well as strengths and weaknesses you need to be aware of. None of the Mutations remind us of the Witch from Left 4 Dead as much as the Hag. If you have come across this cute lady, here is how you can come out alive.

Hags are boss enemies in Back 4 Blood, and like we said above, they act somewhat similarly to the Witch from Left 4 Dead. We say this because, at first, the Hag will not come and attack you unless you bother them or get too close. If you see a Hag and your team is low on health or resources, we highly recommend sneaking around so that you don’t have to deal with them.

If you are feeling brave and want to try to fight the Hag, run up and attack. When engaged, the Hag will run after one of the Cleaners and attempt to swallow them whole by grabbing them, and then a ton of hands will come out of their mouth and drag you in. When this is happening, if the grappled Cleaner does not have a Stun Gun, they are trapped and at the mercy of their team. If they do not shoot into its weak spot fast enough, the Hag will dig into the ground, and your teammate will automatically die.

So how do you kill the Hag? If she has been engaged, lay all offensive power you have into them. You will notice that they have blisters running up and down their back. If you can, aim for there first to take out large chunks of the Hag’s health. Do enough damage, and they will eventually go down. If the battle goes on long enough, though, the Hag will eventually dig their hole and run away.