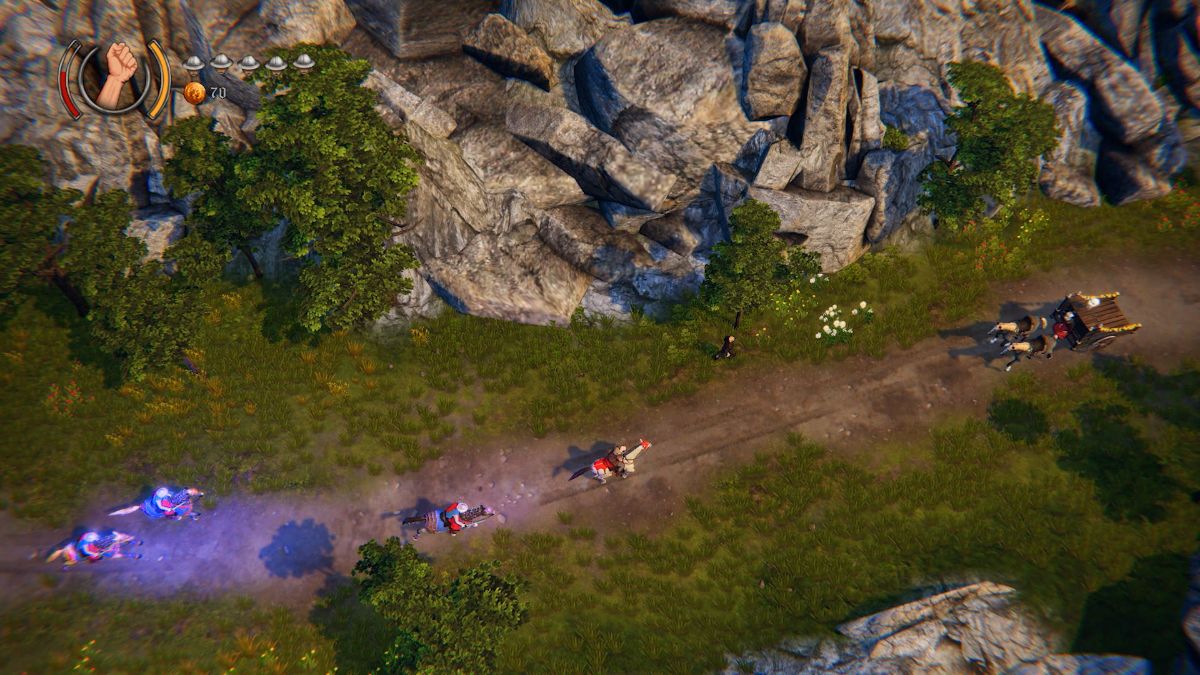 The knight is the first adversary you’ll meet in Rustler. He is equipped with a devastating sword and glares at your character Guy with his stone eyes. Thankfully, there’s a way to beat him on your first official mission.

Before you head north to the knight’s camp, go slightly west of the main path from where you receive the crossbow. You’ll see a green and white tent with a bonfire in front of it. Under it, you’ll see a halberd spear hovering in the air with a red circle. Walk over it to pick it up. You’ll need this weapon to have a chance of killing the knight.

Now, switch your weapon over to the halberd by pressing left or right on the D-Pad. You can also use your mouse’s scroll wheel or number keys on your keyboard for the PC version of the game. Above Guy’s head, you’ll see a yellow arrow. Follow the direction to head to the mission location. You’ll first meet the squire. Quickly kill him, and the knight will appear. Now, swing the halberd as the knight isn’t striking. It will break his shield first. Back out to avoid his attacks, and then go back in when he’s open. Stay focused on the weapon’s range and hold the attack button to perform a strong attack.

Once the knight is dead, you’ll need a cart. Pick up his sword and money and follow the quest direction once again. It will lead you to a cart with two horses standing by. Ride it by pressing Y, triangle, or holding right-click. And then drive the cart towards the knight’s dead body and run over it. It will automatically pick up the body. Keep following the quest marker until you get to the gravedigger. You can quicken the process by holding down the LB and L1 buttons or the Shift key. Your mission is now complete.