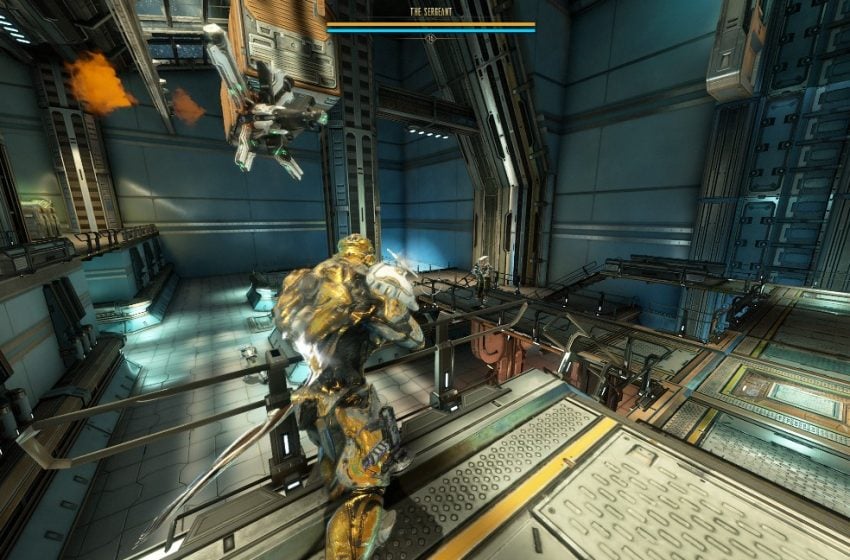 The Sergeant in Warframe is the final boss of the Phobos system. For many players, he can be a bit of a meme, as he is so easily farmed in the endgame, even during Sorties. However, when you first run into him, you will be a pretty new player, and the fight can be surprisingly awkward.

You can find the Sergeant at the Illiad node on Phobos. He looks just like a normal Corpus enemy sniper, but with some mild differences. He is armed with a Lanka, which fires slowly but does huge damage, and he can also turn invisible.

Most of the struggles in this fight seem to stem from the Sergeant shields, which recharge incredibly fast. It will recharge the moment he stops taking damage, and if he uses invisibility, they can only take melee damage, allowing him to recharge his shield fully.

The shield is weak to Impact, Toxin, and Magnetic damage, while his health is weak to Slash, Toxin, and Viral damage. The trick is to focus on the Sergeant while he is visible, then when he goes invisible, clear out the other enemies. It is better to do this than try to chase an invisible boss and hit him. He won’t regenerate health, only his shield, so as long as you are doing some damage to his health each time his shield drops, you will beat him.

Watch out for the Lanka shots, as this will potentially kill new players. If you are really struggling, be sure to run the mission with a squad, and it should be no problem at all. When you beat the Sergeant and extract, you will get a random Mag component, either the Chassis, Neuroptics or Systems.