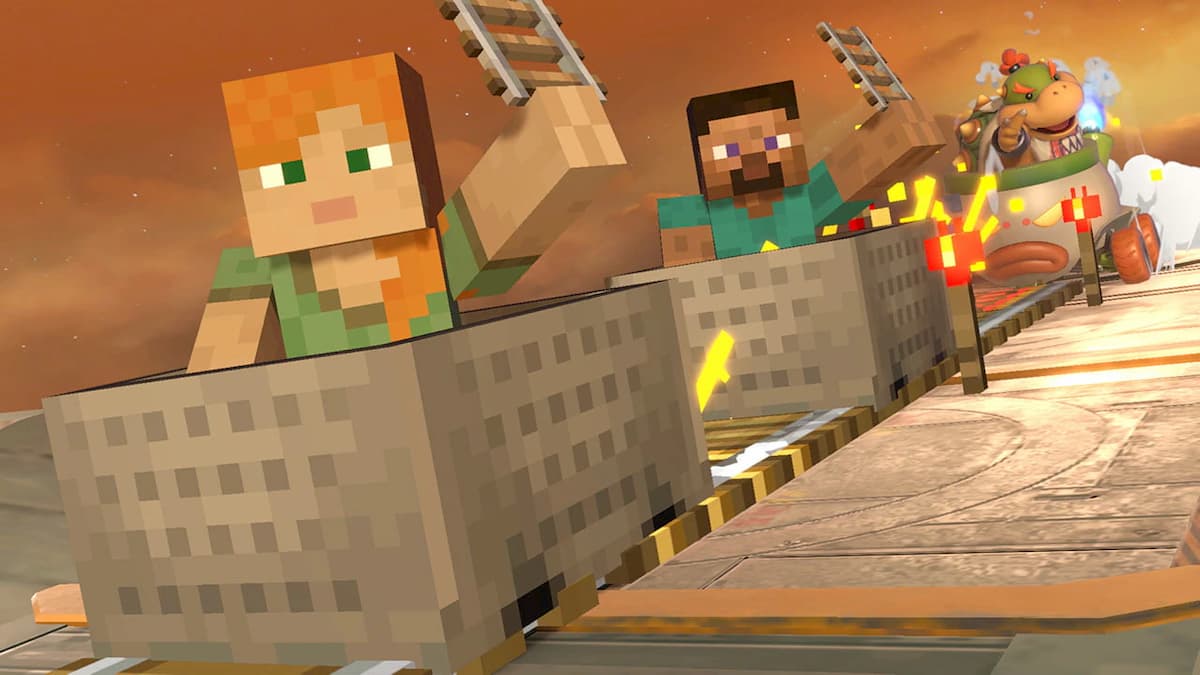 Super Smash Bros is now a little more blocky with Steve and Alex from Minecraft, introducing a number of fascinating new mechanics to the game that allows players to embrace Mojang’s classic within Nintendo’s famous brawler.

Characters are being experimented with all the time, and a new combo has been discovered for the new duo that allows players to take out some opponents from 0%.

Discovered by the Smash legend Jason ‘Mew2King’ Zimmerman alongside Saleem ‘Salem’ Akiel Young, a member of the MVG Youtube channel, the pair discovered frame data with the character that allows the player to use the front jab, forward air attack which acts as a spike, and the block adding mechanic to take out some players from the get-go. The frame data allows Steve to attack with a jab while walking forward that stops players from avoiding or dodging the juggle.

Using a combination of the jabs and a spike, it’s possible to take out certain characters starting from 0% damage by juggling them off the stage and placing a block under the platform edge before they have attempted a recovery move.

Typically this affects characters who don’t do damage in the air recovery move or use a teleport, such as Palutena and Inkling. Most characters will simply break through the dirt block, but it can be effective if you can pull off the chain.

To perform the move, grab the opponent and use a downthrow, where Steve will drop an anvil on the player’s head. Immediately move forward and start jabbing them. If timed correctly, you should be able to hit the enemy closer to the edge. As you reach it, jump and perform a forward air which will spike them down off the stage close to the edge.

Before they can attempt a recovery, jump off the edge and hit B near the edge. This will place a block under you. If you can place it just under the edge, the characters with teleporting recovery moves will not be able to break through it, resulting in a stock kill.

If you are able to do this with upgraded swords for the jab, especially at diamond level equipment, you can brush the opponent further down when performing the spike on the edge. This will make their recovery attempt even more difficult.