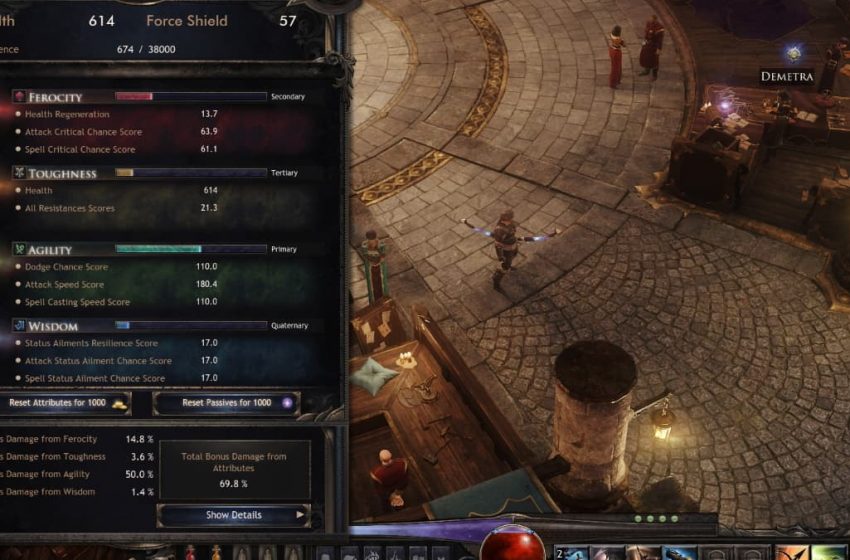 Your stats are everything in Wolcen: Lords of Mayhem. If you want to produce massive amounts of damage in your attacks, how quick you can attack, and so many more factors. If you’re not putting points into the correct selections, it’s easy to incorrectly create your character and find yourself lacking the optimal amount of damage. There are several stats you need to keep track of in the game, and you can check them out on your character sheet.

The first stat on your character sheet is your character’s ferocity. Those with a higher ferocity can likely land harder critical hits against their opponents, and their health returns to them much faster over time. The three scores tied to ferocity are:

If you want your character at the front of the line, going toe to toe with enemies, you want to have their toughness stat extremely high. They need to be able to withstand a couple of hits and shrug it off like its nothing. Toughness affects these two stats:

For characters who prefer to keep on their toes and are always moving across a battlefield, you want them to have a high agility score. Agility is not only a great factor in how many attacks your character can do, but it’s also a defensive stat. Agility affects these three stats:

Wisdom works a little differently. It’s going to determine the amount of resilence your character has against other spells, and how well their spells can damage their opponents. For example, if you have a cold spell, the higher ailment chance gives your character a chance to freeze an opponent on an attack. These are the stats tied to wisdom: