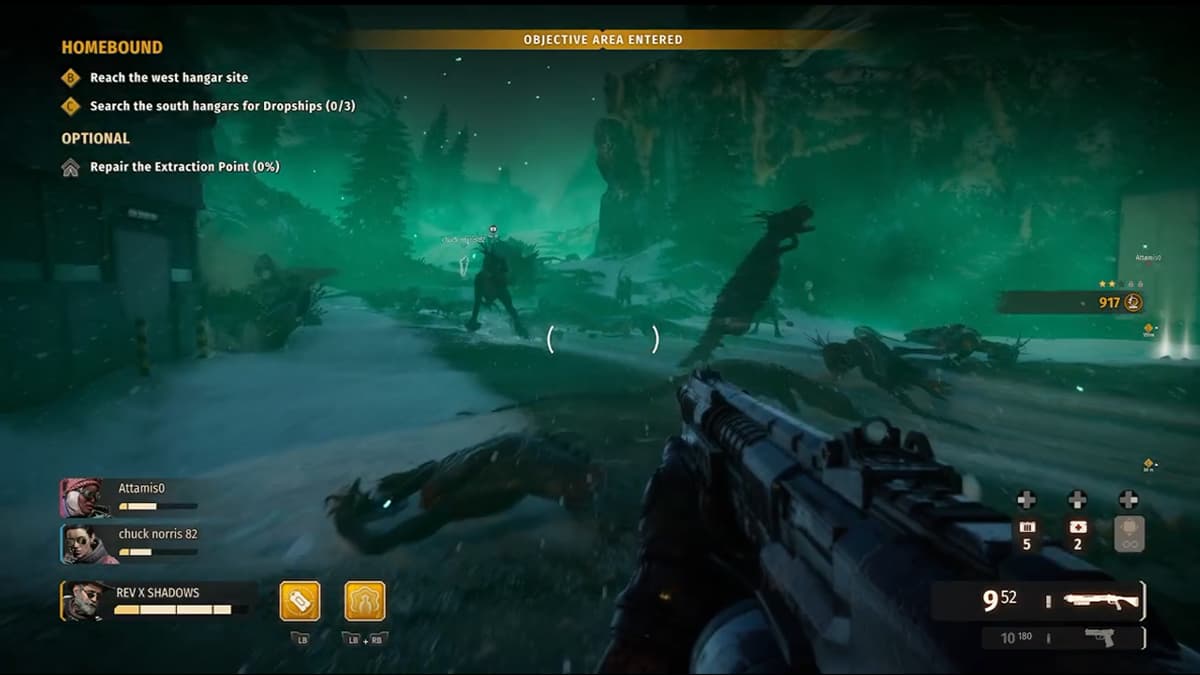 Resource management will be your best friend while fighting the ongoing dinosaur attacks you will face in Second Extinction. You have your character’s unique abilities, equipment, and of course, weapons at your disposal and will need to utilize them properly to survive your missions. That being said, these missions are much too long to complete with relying on only your starting ammo reserves. Here is how to refill your ammunition and keep yourself in the fight in Second Extinction.

The only way we have found to refill your ammo in Second Extinction so far is by picking up ammo kits. There are a few different ways to find them, luckily, because there is no doubt there will be a point in every mission where your weapon will begin running low.

The most straightforward way to get ammo is by equipping ammo kits in your loadout before the game. In the first equipment slot, you can choose ammo kits, and in the second, there is an option for an ammo drop.

The difference between ammo kits and ammo drops is the first one will equip multiple kits in your possession to throw out for yourself or friends from the beginning, and the second will call in a drop pod holding multiple kits; you will just need to wait for it to arrive.

If you equipped ammo kits in your equipment slot rather than a grenade, you can throw one out anytime but will have a limited supply. To refill your stash, you will need to grab an equipment kit either from a drop or a camp.

Just throwing out the kit will not refill you or your teammate’s ammo. Whoever wants to refill needs to find the pack and interact with it to pick it up, which can be a little tricky if you are in the middle of a fight. Picked-up ammo kits cannot refill the ammo kit inventory, only the ammunition in the player’s equipped weapons.