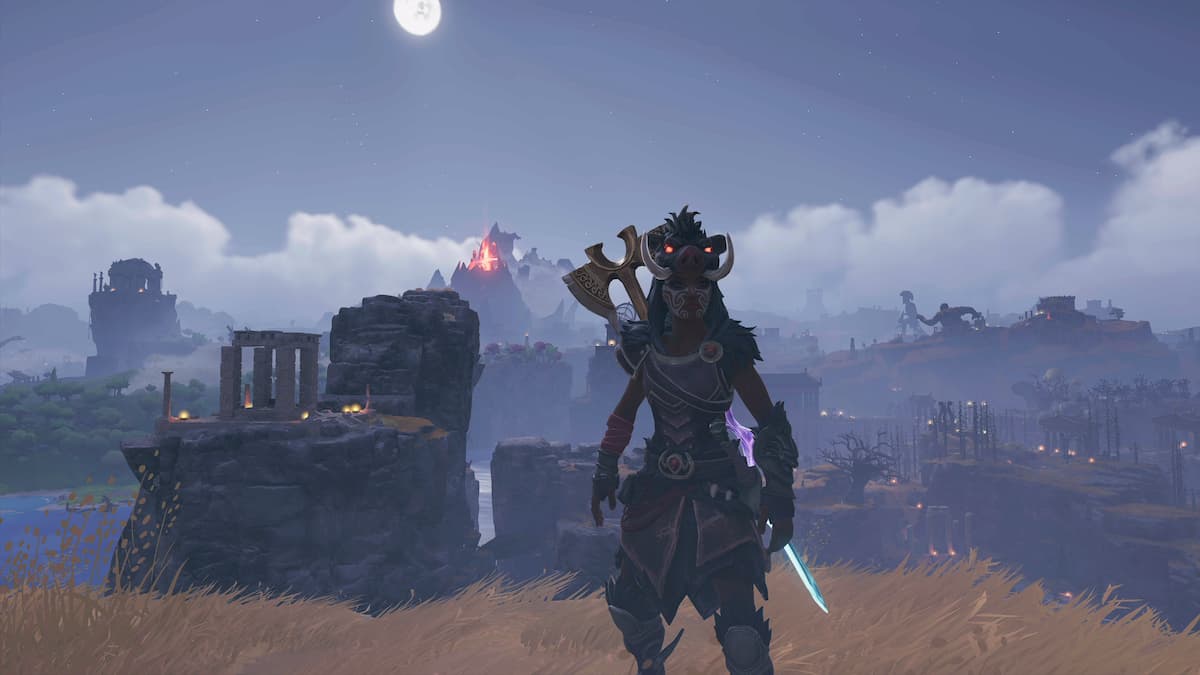 You don’t have to spend hours in the game waiting for time to pass, as there is a timeskip mechanic. On the Xbox Series X controller, you need to hold the button with three lines of it near the center of the controller, although this will vary depending on the platform you are playing on.

Fenyx will then sit down, and the camera will pan to the sky as night changes to die, or vice versa. You can’t get it to be an exact time, nor will you need to, it’s a simple binary system.

Skipping time won’t heal you, replenish items, or anything like that, it will just change the world from day to night or night to day. You will then be able to complete whatever activitiy or quest you have discovered that requires a certain time to do it.

It should also be noted that the button to skip time is the same button you will use to reset yourself if you fail on of the navigation challenges, a handy time-saving feature in the game.