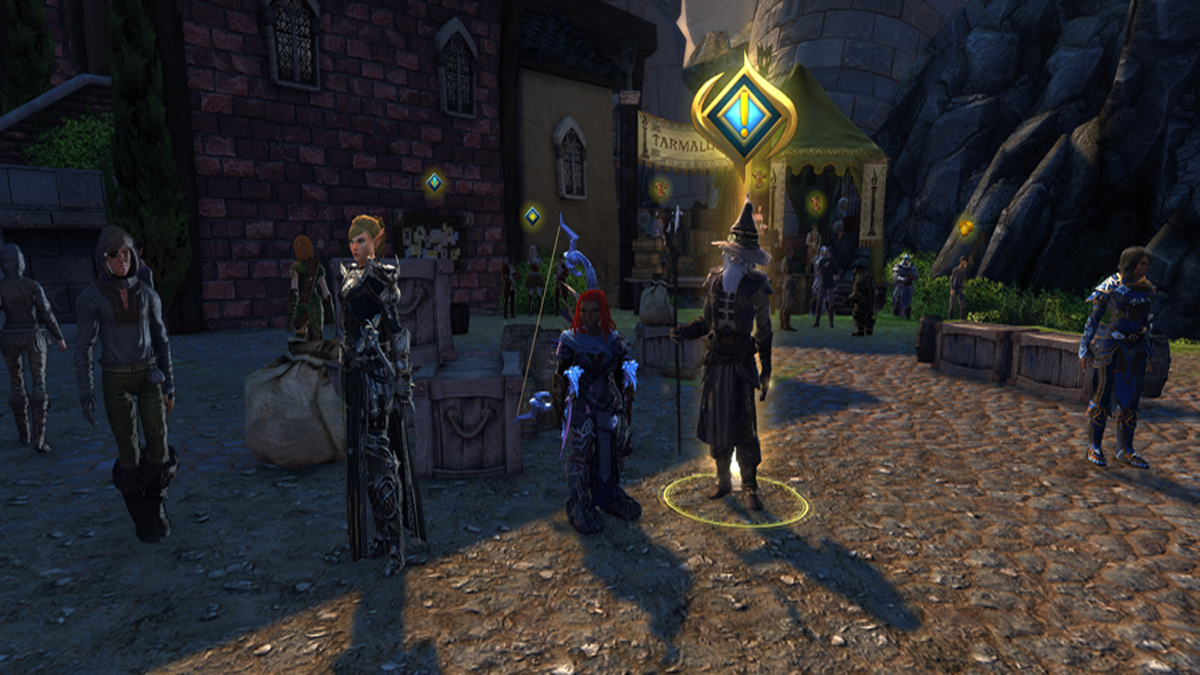 Neverwinter is preparing for its next major update — Echoes of Prophecy —with the release of three new questlines. Milestone 1, A Tear in the Weave, is available now. To begin the quest, you need to speak with Elminster Aumar, but doing so can be quite the challenge. With all the new updates to the game, locating him is a quest in and of itself. Here’s a guide to finding mage.

The elusive spellcaster is found in Neverwinter in Protectors’s Enclave. Though he won’t actually appear on your map until you get close enough to him. He is standing just outside the Tarmulane Trade House in the western portion of the map. Start by the large tree in the center of the map and head west. Once you reach the Acquisitions Incorporated hot air balloon, he should pop up on the map as a yellow exclamation mark.

Once you speak with him, he will give you access to the quest A Subtle Curiosity. Accepting the quest will officially start the Echoes of Prophecy questline.

You can check your quest progress on PC by pressing J, selecting the Quest tab, and choosing the Sword Coast Chronicles and Legacy Campaigns. Once there, click the Echoes of Prophecy tab to see how far along you’ve come. Console users can bring up the Quest Interface and select the Campaigns option. However, you won’t be able to start the quest until you speak with Elminster.

The second Milestone for Echoes of Prophecy releases on November 1 with the third releasing on December 1.