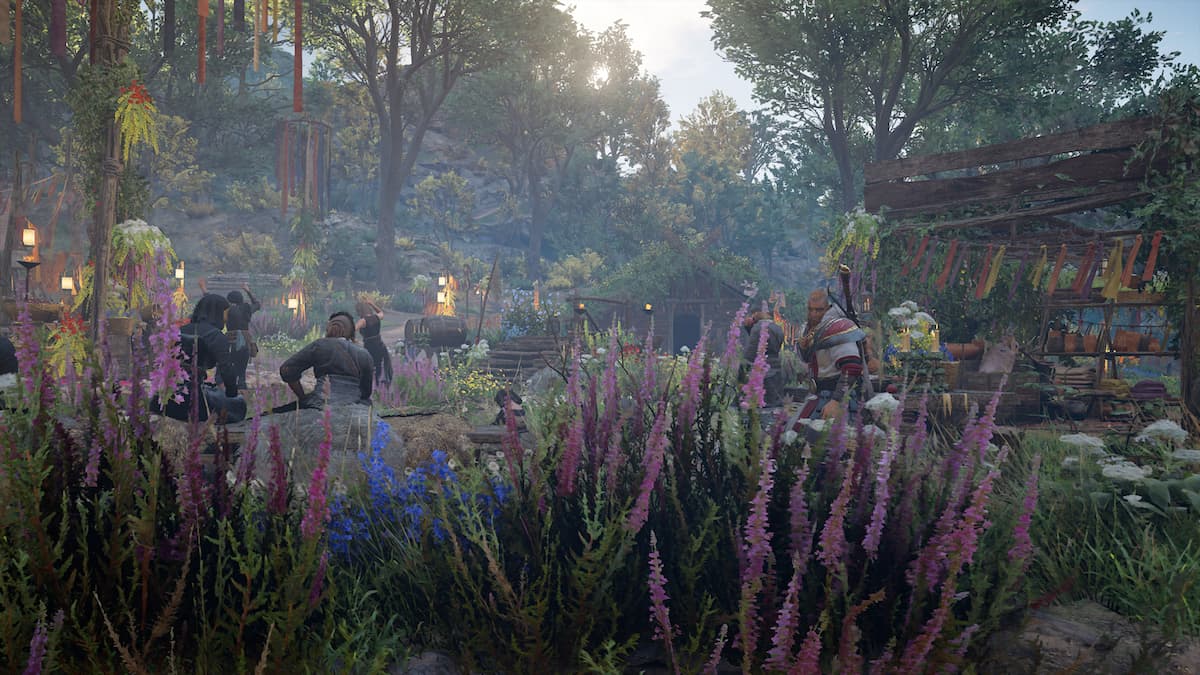 The festival starts right when you begin the game. Alvis will be talking, and Eivor will walk up to him. Alvis will explain that you need to prepare for the equinox, which you’ll need to speak with him later. Alwin will head the event’s primary details, and you’ll have several quests to complete.

The primary event will be surrounding an egg hunt, speaking with the May Queen, the Viking brawl and finishing some decorations. Some of these events will be ones from the Yule festival so they may look familiar, but not everything will be the same.

You can find a list of all these quests in your journal. Scroll down to the Ostara festival to pick one, and you can have it tracked on your map. Every player can complete these quests, so long as they have access to the settlement, Ravensthorpe.