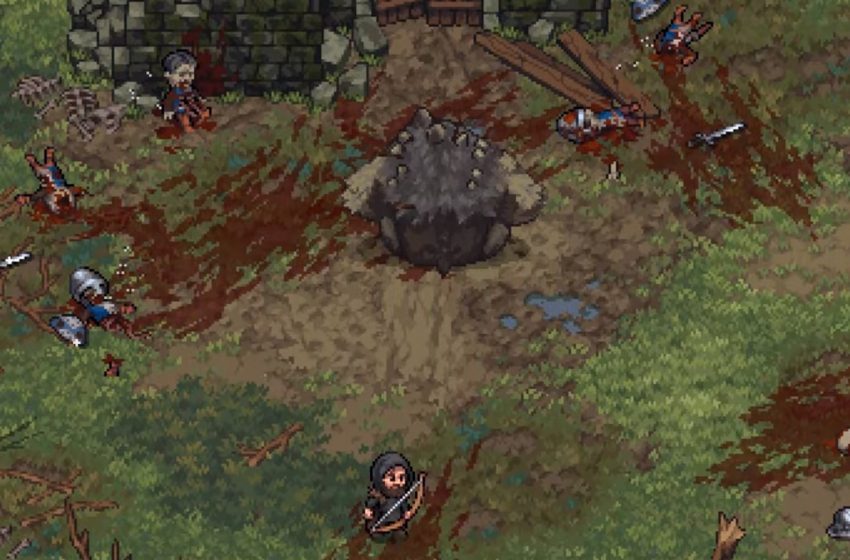 There’s a new quest in Stoneshard where you have the opportunity to take down a terrifying Troll monster. There’s a questline that takes you straight to the beast, where you can face off against it and try to bring peace to the surrounding people. For those interested in trying to take it down, though, you want to make sure you have plenty of levels, experience, and gear available to you because it won’t be an easy fight.

The Troll quest becomes available to you as you progress through the main quest. You need to complete the three contracts available in Osbrook, where you first start the game. As you progress through the quests, they give you small context clues of this massive monster. You have the chance to fight it close to the end, but because the game is in early access, it drops off after the quest.

There’s plenty to do before this quest, though. You should take a look around the map, investigate the area for dungeons, and small quests to complete for several NPCs.

While there is a dedicated Troll quest, some players in the Stoneshard Discord channel have reported they stumbled upon the large boss at an extremely low level. Given how they were at such a low level, they did not stand a chance, so make sure you don’t wander off to much from the beaten paths unless you’re ready. You won’t know what you find, and it could happen anywhere since Stoneshard does have randomly generated maps and creatures.

You want to make sure you have plenty of healing supplies, arrows for long-range combat, and a massive range of melee weapons with a shield to protect yourself while fighting the troll. It won’t be an easy fight, but for those that are up to it and follow the main storyline, they should be good to go, with a few added experience points from praying at altars and exploring the catacombs.