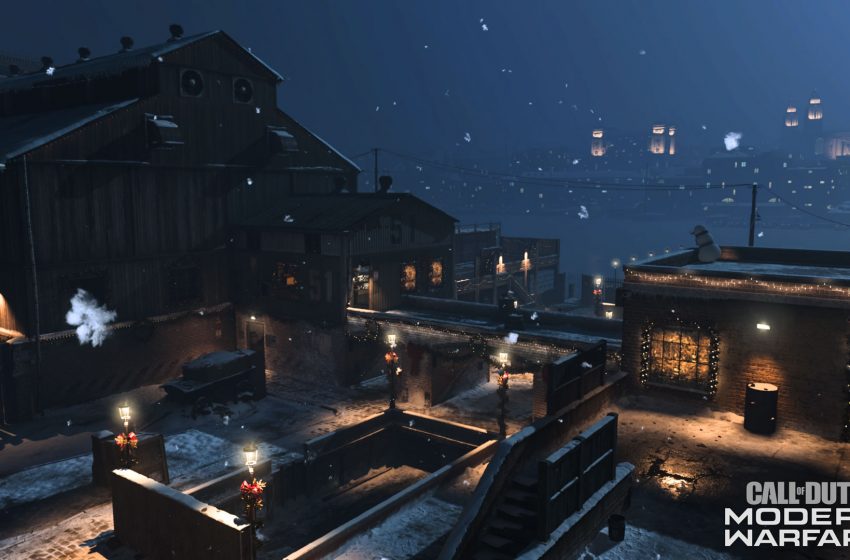 Initially, players thought that this was just a simple makeover by Infinity Ward to celebrate the holiday season. However, upon further inspection, Winter Docks contains a hidden easter egg.

Art director at Infinity Ward, Joel Emslie, told the community about the easter egg, and within two hours, it was discovered. It seems YouTuber PrestigeIsKey was the first to figure out the steps.

Yay! We did the easter egg on Winter Docks! Thanks to @Cpt_Rutger for being in the lobby with me 🙂 pic.twitter.com/yrv6tYt0Mx

First, if you look at one of the side buildings, you will see a Back to the Future-esque clock tower. On top of this tower is a weathervane, which you will need to shoot at once the clock strikes 12:00 exactly.

If you time it correctly, an electrical surge will course through the telephone poles and spawn a sleigh and reindeer. However, instead of Santa and Rudolph, it’s Captain Price flying the sleigh and Riley from Call of Duty: Ghosts leading the way.

There also appears to be a second easter egg on Winter Docks that has yet to be discovered.