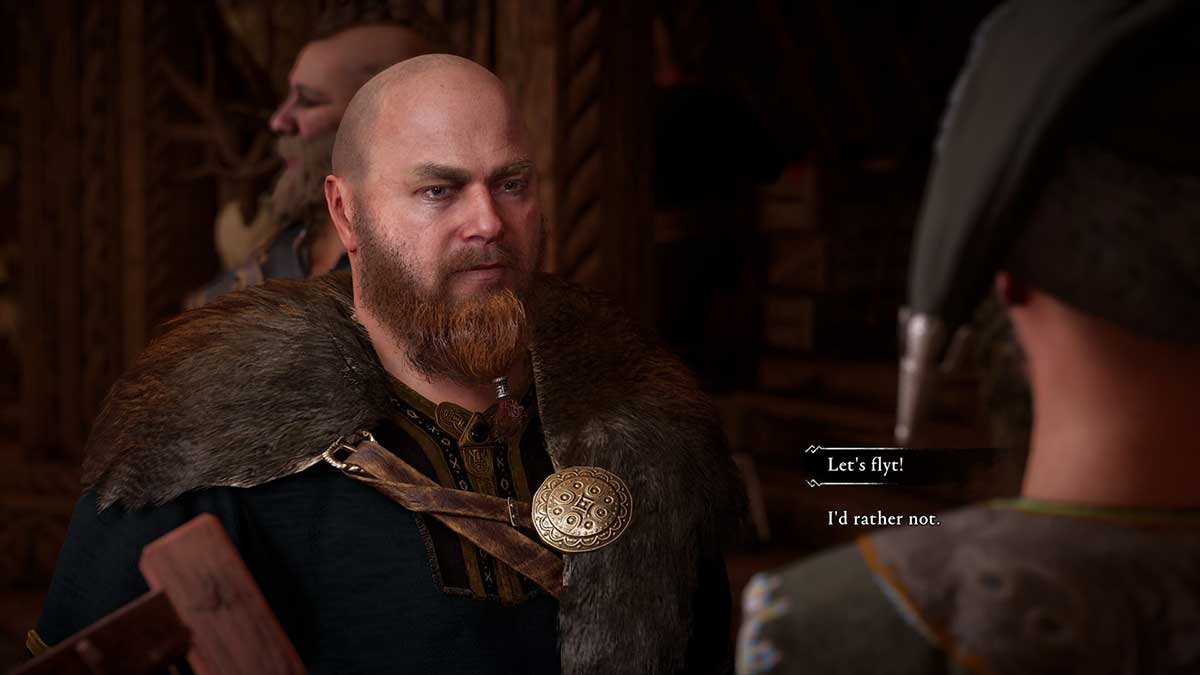 Seaworthy is the third quest you’ll take on in Assassin’s Creed Valhalla’s Discovery Tour: Viking Age. In it, you’ll follow Thorsteinn as he returns home and seeks approval and assistance from his king to leave for good and start a new life in England. However, things aren’t as simple as they might seem at first. Nothing makes this clearer than the flyt you’re challenged to as soon as you start the quest, which is similar to the Verbal Joust in the first quest. Should you accept, you’ll find one of the toughest flyting competitions you’ve ever faced. This guide covers how to win the flyt and protect Thorsteinn’s reputation.

The first answer we chose is one that we believe is deliberately misleading. We chose, “It was over before this flyting begun.” However, the game’s response made us think that one of the other answers was more fitting. You can still win the flyt with this answer, but be prepared to feel like you’re losing.

The second answer we chose showed that we were heading in the right direction. This answer is, “You said it yourself, I’ve no need to impress.“

The third and final answer to give is, “Beware that such insults aren’t those I take lightly.”Choose all three of these answers, and you’ll come out on top of the flyt, ready for the disappointment that comes soon after when talking to Harald.