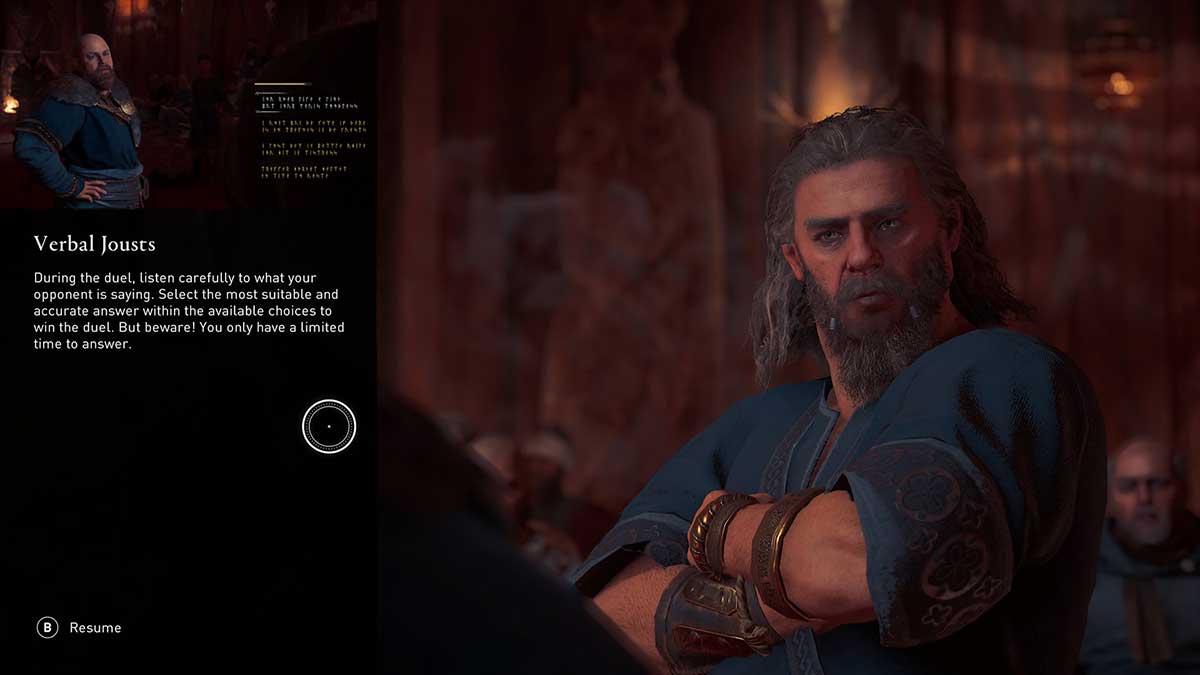 The first quest in Assassin’s Creed Vahalla Discovery Tour: Viking Age ends with a climactic Verbal Joust between Thorsteinn and Bjorn. Thorsteinn is defending his reputation, despite having uncovered evidence against Bjorn showing that he deliberately tried to have him exiled from the upcoming raid and community as a whole. This guide covers how to win this Verbal Joust so that you can complete the quest and unlock The Ealdorman Set for Eivor.

How to win the Oaths and Honour Verbal Joust

Verbal Jousts work in a similar way to Flyting in Assassin’s Creed Valhalla. The idea is to listen to what your opponent says and then boast with something that makes you sound better than them as a retort. However, anyone who has played Assassin’s Creed Valhalla will notice a pattern with the dialogue and responses. You need to match your answer with the same number of syllables as were in the last line your opponent spoke. If you’re struggling to work it out, we’ve listed each answer below.

The first answer you need to choose is, “Yet the ships and the rations were hand-picked by me.“

The second answer you should choose is, “And Harald sought me when he already had you.“

The third and final answer you need to choose is, “My worst is still better than you at your best.“

Select each of these answers throughout the Verbal Joust, and you’ll win, meaning Bjorn will be exiled. This will complete the quest and allow you to free-roam around the area if you wish.