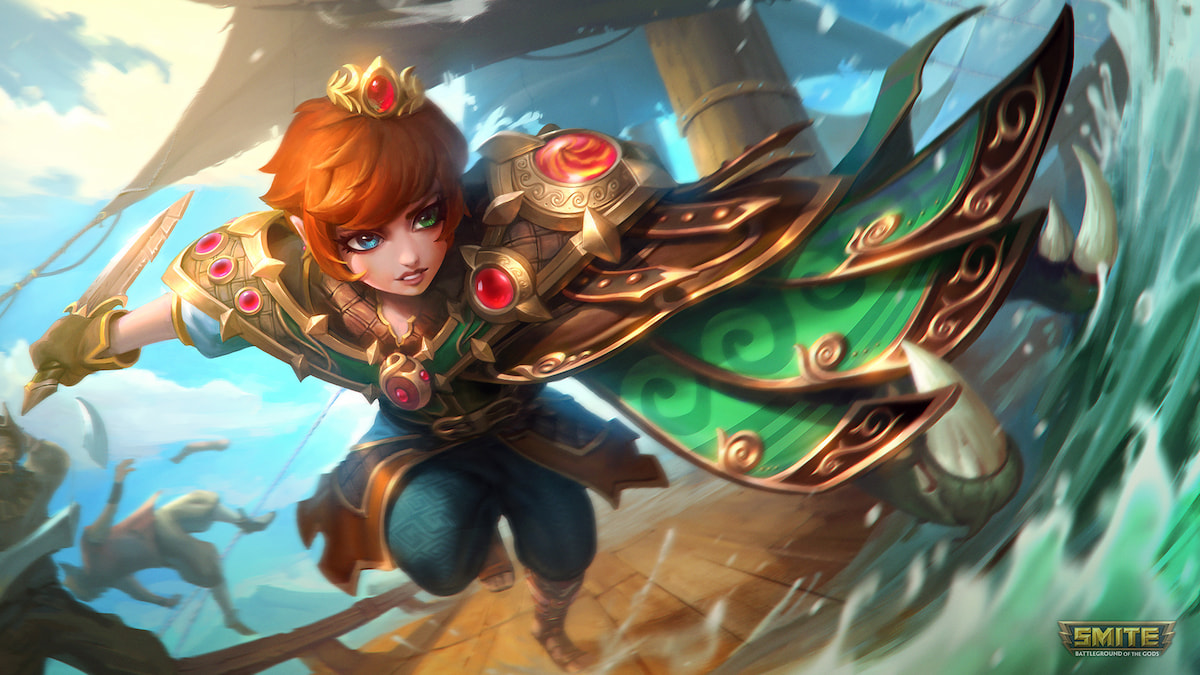 For those wondering how Charybdis will fit into Smite right in the middle of Season 8, we can assure you she’s going to have a good time. She’s entering the game right when hunters are constantly using attack speed, and the faster you can throw out basic attacks, the scarier you are. Charybdis has plenty of things going for her already that make her a deadly threat, but is she good in Smite?

Based on the current meta of Season 8, we have to say that Charybdis will be scary good. Her passive alone already tells the story. Charybidis’ passive, Raging Tides increases her attack speed each time she lands a basic attack. While her item damage reduction is reduced as this increases, she’s a hunter; she’s not going to worry about that too much with her early attack speed. As a result, she’s going to be shutting down gods early in her lane, and unless you have a solid carry and support team, your team will be in trouble.

The next thing to note is her ultimate, The Maw Hungers. Similar to Scylla’s, she’ll be able to fire it off, and if she ever lands a kill with it, she can use it again. This gives her the same luxury as Scylla to sit in the back, do plenty of damage, and then fire it off to clean up while the stronger members of her team round up the enemies into a single location. With the right amount of coordination, she can eliminate an entire team using this ability. It’s not perfect, but it does a lot of damage. For a hunter, that’s crucial.

Her abilities are also quite effective. She can keep her enemies close to her using Capsize, slowing them down and doing solid damage to them. She can land skill shots in the jungle using Spike Shot, bouncing the attack off walls and hitting multiple targets. Finally, she can avoid taking damage and harming enemies while in Whirlpool Form, using it as an escape. It’s not a dash, but being untargetable and immune to damage for three seconds is extremely helpful.

Overall, Charybdis is shaping up to be a mighty god when she starts her Smite career. We’re expecting a handful of adjustments to her abilities, but she won’t live and die by the effectiveness of attack speed items in Smite because of her passive. She’s quite flexible for each player that uses her.