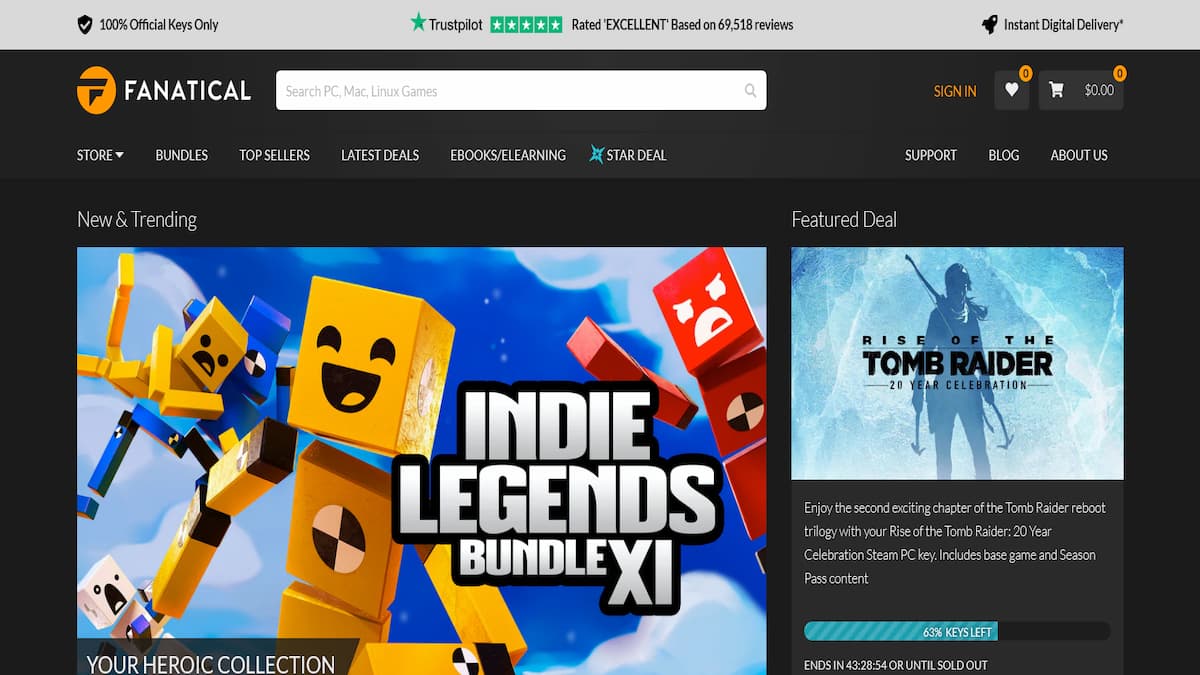 Many websites have flooded the online game key market, each with its own history and standards. Unfortunately, though some sites have very strict standards and only deal directly with publishers, others garner keys through possibly illegal means or even let unverified third-party resellers sell keys to buyers. Doing your due diligence through proper research is the best way to prevent being scammed by less legitimate sites.

Fanatical has a very long history, as it was originally established in the ’90s as a company named Focus Multimedia, which sold PC games on CD Roms. It launched as an online site in 2012 called Star Bundles, then renamed itself Fanatical in 2017. It was founded in and is still currently based in the UK.

At this time, Fanatical has a 4.8 review rating on Trust Pilot with over 69,000 reviews. It has a very impressive excellent rating of 84% with an extremely low bad rating of 2%. The site also has a fast response turnaround to negative reviews, less than two days, and has replied to 100% of said reviews.

Fanatical states that it’s an authorized dealer that works directly with publishers, which means that, unlike shadier marketplace sites, buyers aren’t at risk of purchasing illegal or non-working keys. It also limits the number of codes that a single account can purchase for each game. This, as well as other security features in place, prevents rampant code reselling. There are no major controversies that crop up for the site either.

Judging from the overwhelmingly positive ratings, the fact that Fanatical acquires its keys from publishers, and the lack of any overtly negative experiences from users, Fanatical is a very safe and legitimate website to use for purchasing PC game keys. And to add an extra layer of safety, make any purchases using PayPal for the buyer protection it offers.