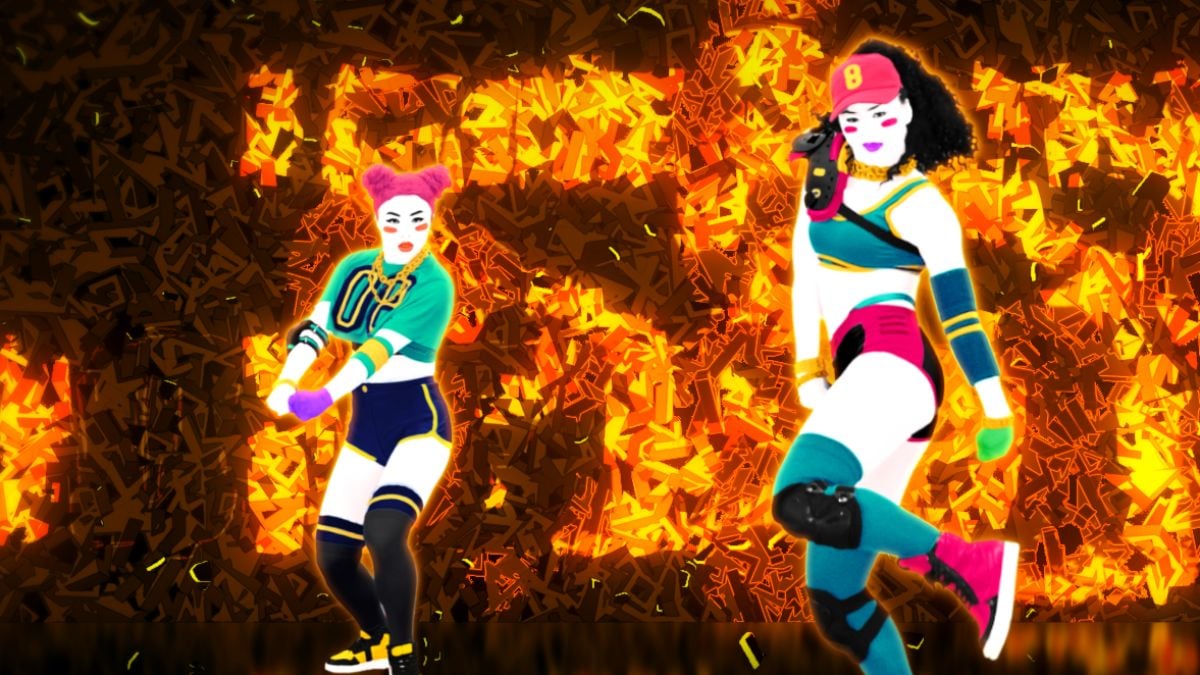 As each year passes, a new Just Dance arrives every holiday season. While it’s a fun party game to put on with your family, the series can get sterile after a while. Thankfully, Just Dance 2022 manages to up the ante with some amazing choreography, a great song list, and stunning videos fit for MTV.

In Just Dance 2022, you follow the moves of the dancers on screen, and no matter what controller input you use, it captures the right hand for your scores. This makes the game available to anyone with a phone, motion controller, or dedicated console camera. However, there’s a caveat to this. As I played Just Dance 2022, I realized that it was being very lenient with its scoring. Song after song, I was getting the best score in the game, Megastar, on my first try. It could be because I’m a good dancer (I doubt it), but at points, I felt as if I shouldn’t have been given a Perfect rating.

Despite the scoring system being as friendly as a lazy teacher giving A’s like candy, the choreography has truly stepped up to the plate in Just Dance 2022. With every song I tested, I was having a great time moving around and getting a good sweat while doing it. It’s easier to follow than prior entries in the Just Dance series, and the markers on the bottom right of the screen are more understandable at a simple glance. Unless the songs are extreme, Just Dance 2022 perfectly strikes that difficult balance of making a track relatively easy to follow for casual players and sufficiently complex for a more dedicated dancer.

As an example, “Mood” by 24kGoldn Ft. iaan dior establishes a set of dance moves that can be linked together near the end of the song. You’ll feel cool while following the steps and it feels gratifying when it all comes together.

Additionally, the songlist should be praised. It isn’t filled with tat like a slow Disney song or childish tracks that would annoy parents. Instead, it features plenty of solid dance tracks that will make you want to move about. Official choreography is included too like the TikTok favorite “Girl Like Me” by Shakira and the Black Eyed Peas, and “POP/STARS” by K/DA, Madison Beer, (G)_I-DLE ft. Jaira Burns. We’ll try to forgive Ubisoft for including “Chacarron” by El Chombo, which is the exception.

A particular highlight is “Last Friday Night (T.G.I.F.)” by Katy Perry as it tells a story through dance. The main character is at first shy but as she meets cameo dancers from prior games, she grows confident in herself. It fits the tone of the song perfectly as she tries to let herself loose in the party setting. Dancing can certainly cheer up your mood, and this choreography does that.

Ubisoft has upped the ante when it comes to its dance videos. They almost look like they’re music videos now. The graphics are stunning with imaginative backgrounds and camera motions. In The Weeknd & Ariana Grande’s “Save Your Tears (Remix), there’s a gorgeous outer space background filled with asteroids, broken metal, and oodles of color. “Mood” gets up and close personal to the camera with some vibrant imagery as the characters look down on the camera. Just Dance 2022 also plays around with some active camera work on “Boss Witch” by Skarlett Klaw as it zooms in and out of the action. Ubisoft has proved its creative might on a somewhat tired franchise.

It even has some slick CG animated scenes that give even more character to the songs. Daoi Freyr has an animated elf that looks inspired by the film Arthur Christmas. The dance itself is charming and dorky, representing the character’s awkward but joyful demeanor. “Girl Like Me” has a neat effect with ghostly figures replicating the moves, and the background is heavily inspired by the official music video.

Just Dance 2022 is certainly worth getting this year. Almost every track in this game is a banger, and the new animations in each song are exciting to watch. Ubisoft has really shown its creativity and has brought new life into the tired genre.