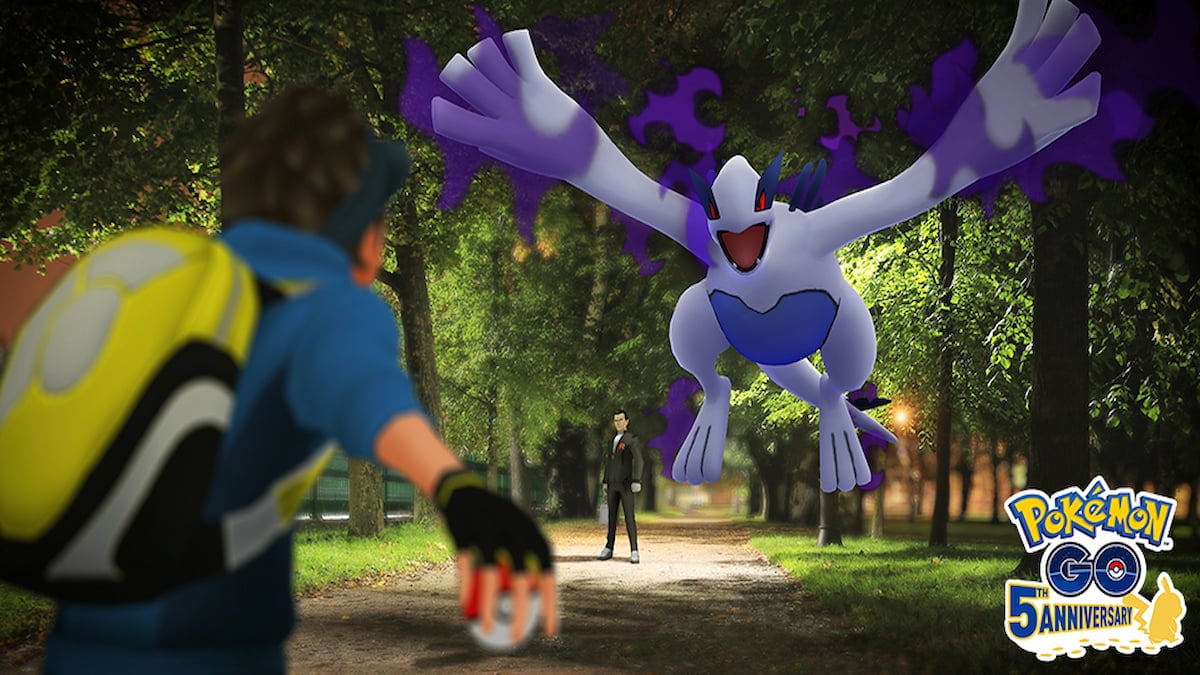 For a brief time, you’ll have a chance to capture Shadow Lugia in Pokémon Go. However, the only way to catch it is to work your way through the Season of Mischief’s season-long Special Research quest, Misunderstood Mischief. The final tasks in the quest feature an opportunity to face off against Giovanni, who now has shadow Lugia under his control. Once you defeat him, you can capture this legendary shadow Pokémon. Here’s what you need to know about if shadow Lugia is good and how to best use it in Pokémon Go.

Shadow Lugia is a Flying and Psychic-type Pokémon. It will be weak to Dark, Electric, Ghost, Ice, and Rock-type moves, but it is resistant against Fighting, Ground, Grass, and Psychic-type attacks. As a shadow Pokémon, Lugia receives 20% fewer defenses but gains 20% more attack. Traditionally, Lugia has an attack of 164, a defense of 256, and a stamina of 197, but as a shadow Pokémon, it has an attack of 196 and a defense of 204. While the defense dramatically decreases, the attack power increase makes Shadow Lugia even more deadly. However, the stamina of the Pokémon remains the same.

Overall, the added firepower available to shadow Lugia is extremely helpful. It was one of the things lacking for this Pokémon, making it even more deadly in a battle. However, the massive amount of defenses it had made it far more challenging to defeat. Even with the 20% loss of defenses, shadow Lugia still has over 200 defense power, making it problematic. But it will need to be wary of Dark, Electric, and Ghost-type Pokémon that frequently appear in the Master League.

You’ll still want to use shadow Lugia in the same role as the regular Lugia, which means having it as the Switch or Closer role in your roster. You can use it as your starting Pokémon, but other choices are far superior to it. If anything, shadow Lugia is a far better closer because of the increased damage. The problem is if it faces something that has super effective attacks against it. You’ll need to be careful about those.