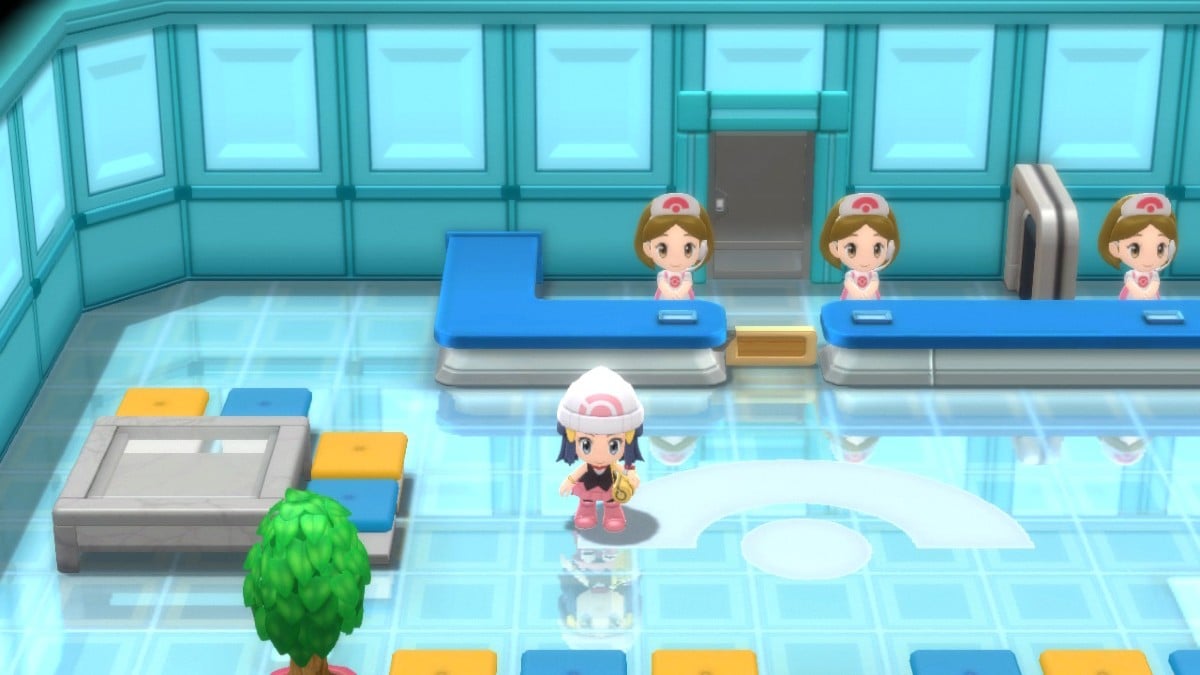 When the original Pokemon Diamond and Pearl was released in 2006 (or 2007 for everyone outside of Japan), Nintendo and Game Freak introduced a new feature called the Global Trading Station (GTS). The GTS gave players the ability to trade their Pokemon with other players around the world via the Geonet and the Nintendo DS’ internet connectivity via Wi-Fi.

You’d think that because Pokemon Brilliant Diamond and Shining Pearl are faithful remakes of the original Gen 4 games, GTS would have to be included in the game, right? Unfortunately, but the answer is a resounding no.

Trading, battling, and interacting with Pokemon Trainers on a global scale has gotten so advanced in the last 15 years since Wi-Fi functionality was introduced to gaming systems such as the Nintendo DS and Wii, the functionality of the GTS was no longer needed. Game remakes are about improving graphics from the ground up and deciding which features should stay or go, and Game Freak and IILC decided to do away with the GTS for Pokemon Brilliant Diamond and Shining Pearl based on the advancement of online play. Their decision to do so was ripped from the Pokemon Sword and Shield playbook, where GTS was not included at all.

Instead, Nintendo wrote in its note about the day-one patch that it will introduce the Global Wonder System (GWS) at a facility in Jubilife City in a future update. The company didn’t share too many details about the GWS, but it will enable various types of Link Trades in the building that once housed the GTS.