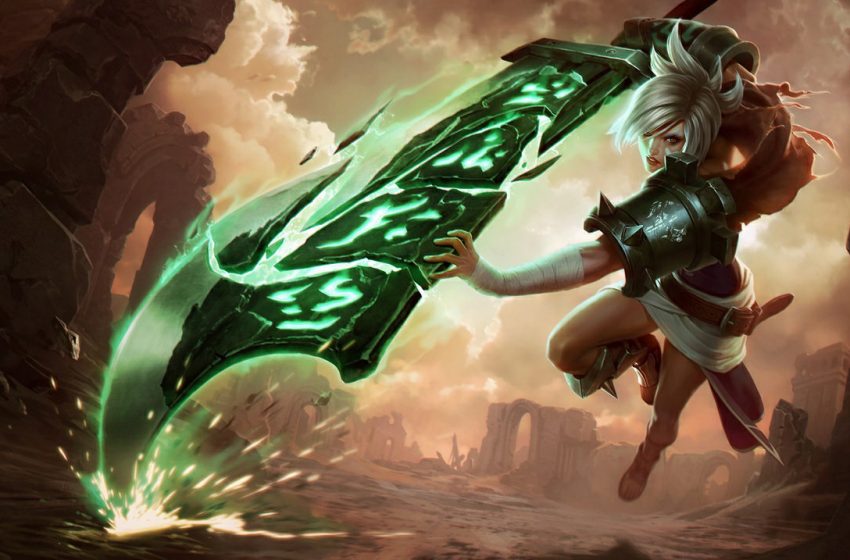 Riven, the Exile. Never before have we seen a more polarizing champion in League of Legends, and honestly, the character equivalent of cilantro (you either love it or hate it) has a surprisingly complex skill ceiling for being a renowned low-rating stomper. Famous for her outplay potential, as well as coinflip playstyle, Riven is either incredibly overpowered or simply underwhelming depending on the state of the current game. Let’s look at some tips that can ensure that your coin lands on the former option a little more often.

With how fantastic Conqueror is this season – especially for melee champions – and a unique ability to stick to the opponent while building stacks, Riven should always opt for this rune. The sustain, combined with damage amplification, results in the Exile becoming even more obnoxious than before. Second tree choice should typically be Inspiration, as the reduced cooldown on your summoner spells should allow for more Flash-y outplays.

Cooldown Reduction is Riven’s best stat to build towards, alongside flat Attack Damage. Look for an early Caulfield’s Warhammer into a Black Cleaver as soon as possible, as since Riven is an AD caster in bruiser form, the more abilities you can throw out, the more damage you will deal. Riven’s Q – Broken Wings – is her bread and butter. The mobility, passive-stacking, Conqueror-stacking, and all-in potential that this ability gives is unparalleled, making her initial skill order a no-brainer. Following this, you should look to max your E – Valor for additional shielding and sustain capabilities.

R and W are both hefty all-in tools, but offer significantly less utility than the rest of her kit.

Riven is famous for having an incredibly telegraphed set of skills when it comes to trading. However, most of the indicators that these wind-up animations are even coming can be canceled. Whether it’s with Flash, her basic abilities, or itemization choices, Riven can make all of her transitions seamless.

Besides weaving in additional spell casts, the most intriguing of Riven’s animation canceling is tied to her Q – Broken Wings. By issuing a movement command with your mouse as you press your Q, you can weave an additional auto-attack or ability between your three-pronged attack.

Riven’s passive – Blade of the Exile – grants her additional damage per auto-attack after using an ability. However, with four abilities (five if you count R’s active), and the Q issuing three separate stacks, Riven mains have to be conscious of weaving auto attacks between their abilities in order to maximise passive damage output, as the charge storage only goes to three.

A good rule of thumb is to auto after every spellcast, something that becomes significantly easier once you master the aforementioned animation cancelling.

Go In, Get Out

Riven excels at taking short, bursty trades before disengaging with her E- Valor. Be conscious of opportunities to do so, whether it’s after your opponent has used their only potential response already, or even just if the minion wave is stacking in your favour.

Take consistent, quick trades, using your abilities and your kit to their fullest before falling back on her insane mobility. More cooldown reduction means more trades, so consider itemising for it. When you’ve traded enough, and the enemy is low enough, look to execute them with a full combo plus your R’s active – Wind Slash.